You are here: Home / Crime / Courts / Bond set at $2 million for man accused of killing mother 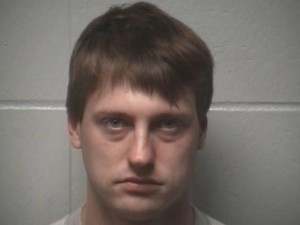 A Wausau man charged in his mother’s murder makes his first appearance in court. A Lincoln County court commissioner on Wednesday agreed with a request from prosecutors, and set Chase Boruch’s bond at $2 million cash. Future court dates will be set December 9th.

Boruch called police in June to say he and his mother, Sally Pergolski, had crashed into Moraine Lake. He pulled her to shore, but paramedics could not revive her. An autopsy later showed Pergolski suffered a brain injury two hours before the apparent drowning.

Police immediately called the death suspicious and say more than 100 pieces of evidence they turned up over the last six months prove that Pergolski’s death was a homicide.

Pergolski had just taken out several life insurance and accidental death benefit policies. Court documents suggest Boruch wanted to collect on the insurance as a motive for the murder.