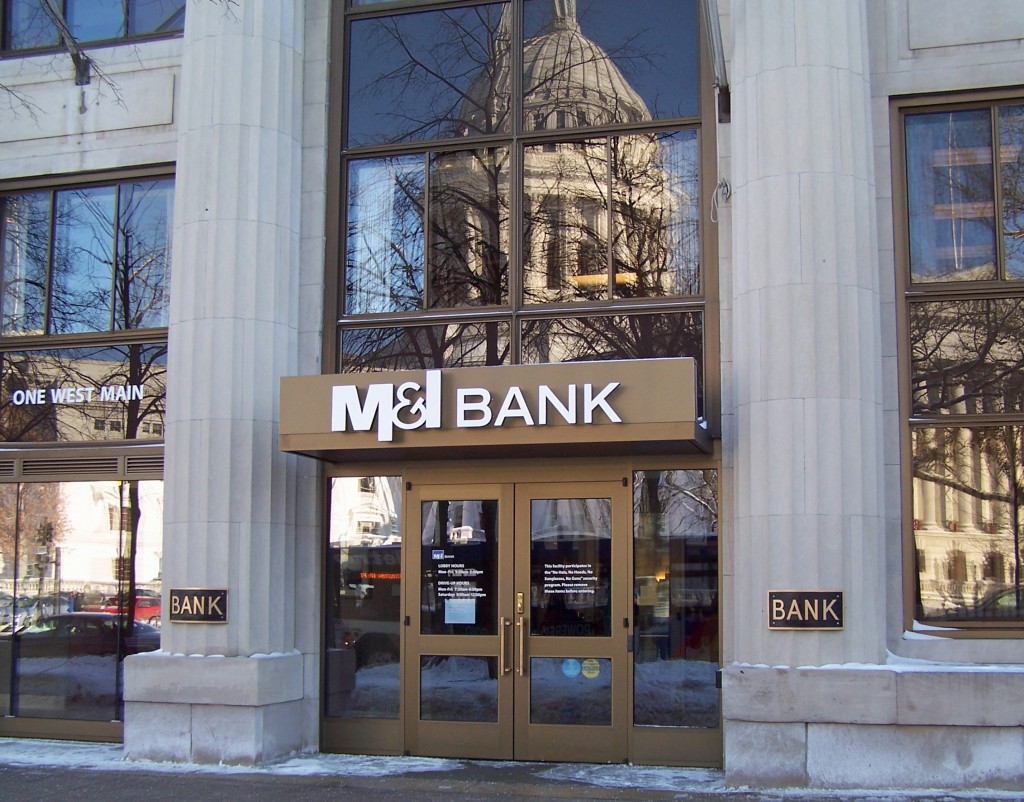 A Canadian bank has purchased Wisconsin’s biggest bank – Marshall & Ilsley – in a $4.1 billion deal. Metropolitan Milwaukee Association of Commerce president Tim Sheehy says the M&I Bank purchase by Toronto-based BMO Financial Group can be viewed much like the purchase of Milwaukee-based Bucyrus Corporation by Caterpillar – as a strategic move that in the long run may be beneficial for Wisconsin’s economy. “You never like to lose the corporate headquarters or the name you grew up with, but it’s part of Wisconsin playing in a global economy,” Sheehy said.

“It’s going to bring more resources into the community,” said Julia Taylor, president of the Greater Milwaukee Committee. “We’re going to have someone at the helm of North America that understands Milwaukee well.” M&I’s Mark Furlong will become CEO of BMO’s U.S. operations and will be based in Chicago. M&I has 192 offices in Wisconsin, as well as offices in Minnesota, Illinois, Indiana, Missouri, Florida and Arizona. Earlier this year, BMO bought Rockford-based Amcore Bank, in a deal assisted by the FDIC. “Given today’s marketplace, we’re going to probably see more and more consolidations in the banking services area nationally, and I’m sure that’s going to continue to have an impact here in our region,” Taylor said.

BMO’s chief executive called M&I a very well run company and said the four billion, one hundred million dollar deal is in keeping with BMO’s stated goal of expanding in the Midwest. “It’s always challenging when a Wisconsin-based corporation is purchased,” noted Sheehy. “I think in this case it’s not a one and done. The purchase was in recognition, I think, of M&I’s deep roots here, their strong customer base. I believe they’re going to be very committed, going forward, to the community.”