You are here: Home / Crime / Courts / Mueller gets life in prison for girlfriend’s murder 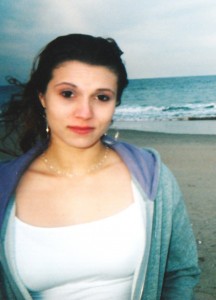 The 37-year-old Brookfield man who strangled his girlfriend to death in his mother’s Fond du Lac apartment will spend the rest of his life in prison. Fond du Lac County Judge Robert Wirtz Tuesday sentenced Brandon Mueller to life in prison without parole plus 7 ½ years. The additional time was for burning the body of Renee Redmer and scattering her ashes.

During the sentencing Mueller apologized to her family and his own, and finally admitted responsibility in her murder.

Mueller’s sister Melissa pleaded with the judge saying with treatment for his mental illness and drug addiction Mueller is a different person.

After the hearing District Attorney Dan Kaminsky spoke to the press on behalf of Redmer’s family saying they wanted to remind the public that the young mother of two was loved and cherished.

Renee’s father also spoke during the hearing asking the judge to protect the public and other fathers from having to go through what he had.

Redmer of Waukesha, disappeared almost two years ago. No one knew where she was until Mueller admitted to a friend that he strangled her at her mother’s home. The mother, Nancy Pinno and the friend, Donald Worth both helped Mueller burn the body in a barrel and dumped the remains in Lake Winnebago. Worth eventually told police what happened. Pinno got eight years in prison for her role, and Worth six years.

The murder resulted from a fight between Mueller and his girlfriend, after he flushed her heroin down a toilet. Before the slaying, he was convicted of assaulting women in four other cases.