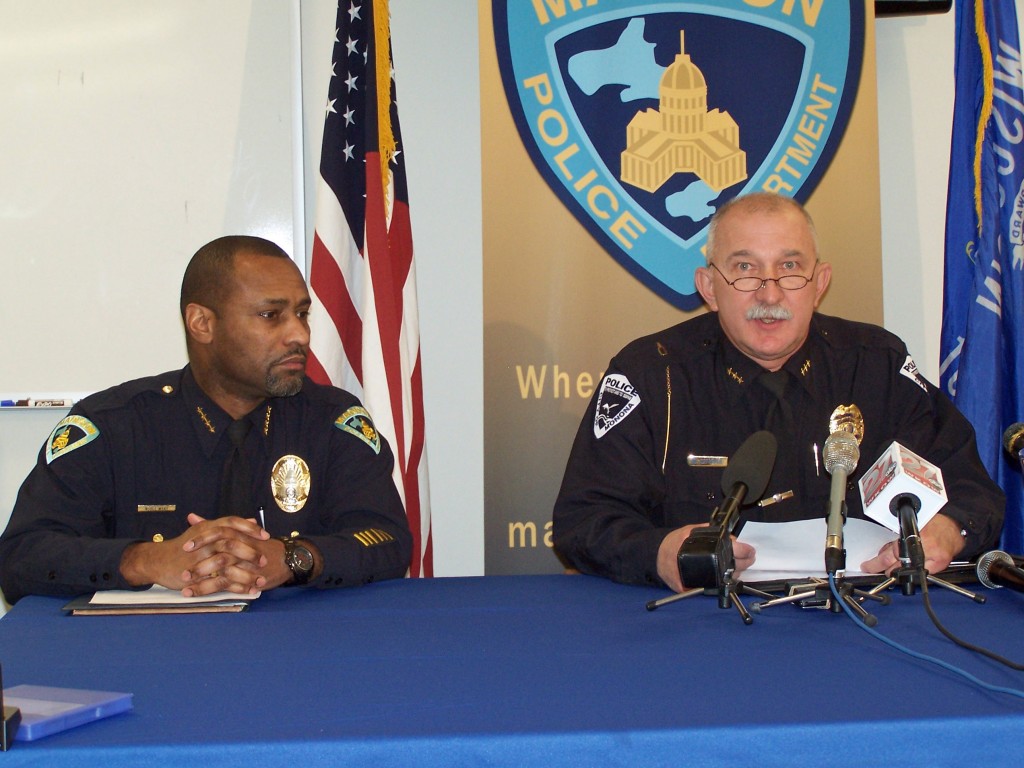 A Monona bank teller is being credited with saving the life of a 63-year-old kidnapping victim in the Madison area.

Police said the teller at a UW Credit Union branch recognized the customer and his SUV when they pulled up on Wednesday afternoon, but not the man in the car with him. She tried to get the man to indicate if he was okay, and determined he was not. Monona Police Chief Walt Ostrenga said the teller stalled the transaction while police were called.

Madison Police Chief Noble Wray said that the victim had been kidnapped at gunpoint by 30-year-old Daniel Thomas. When police arrived at the bank, Thomas tried to ram a squad car with the SUV, prompting police to use deadly force. Thomas later died from his injuries.

Wray said Thomas initially had broken into the victim’s home earlier in the day and tied him up. After stealing items from the house and leaving for awhile, Thomas returned and loaded the victim into the SUV and drove him to the bank.  Thomas had picked his victim at random.