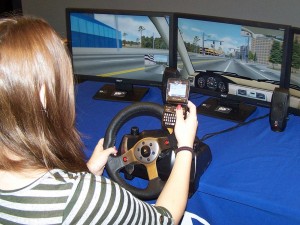 Sending a text message or e-mail while the wheel of a vehicle could end up earning you a ticket, as a statewide ban on texting and driving takes effect today in Wisconsin.

The ban is intended to put a stop to a major distraction for many drivers. Pam Moen of AAA-Wisconsin says research has shown that people who text and drive are just as impaired as drivers with alcohol in their system.

Moen says a survey from AAA released earlier this year shows nearly 90-percent of drivers recognize texting and driving as a very dangerous activity. However, that same study also found nearly a quarter of motorists admitted to sending a text message while behind the wheel within the last month.

Under the law, violators could face fines ranging from $20 to $400 and four points off their license. However, State Patrol Superintendent David Collins says court fees associated with the ticket will likely result in violators paying at least $187 at a minimum.

The ban applies to all drivers, but advocates say it’s a primary concern among teenagers. Moen says their lack of experience makes it especially difficult for teens to multi-task while behind the wheel, greatly increasing the risk of an accident.

Oregon High School student Tiffany Root was among several students trying out a special AAA driving simulator this week that lets them safely experience the impairment caused by texting behind the wheel. Root, who crashed the car a few minutes into the simulator, says she never realized before how easily texting and driving could distract her. She says her parents already require her to leave the cell phone in the back seat of the car while she’s driving.

The ban only applies to typing an e-mail or text message using a cell phone while driving. It does not prevent someone from dialing a phone number or reading a message, although Collins says those are also distractions motorists should try to avoid.