You are here: Home / Politics / Govt / Walker questions whether Dems have votes (AUDIO) 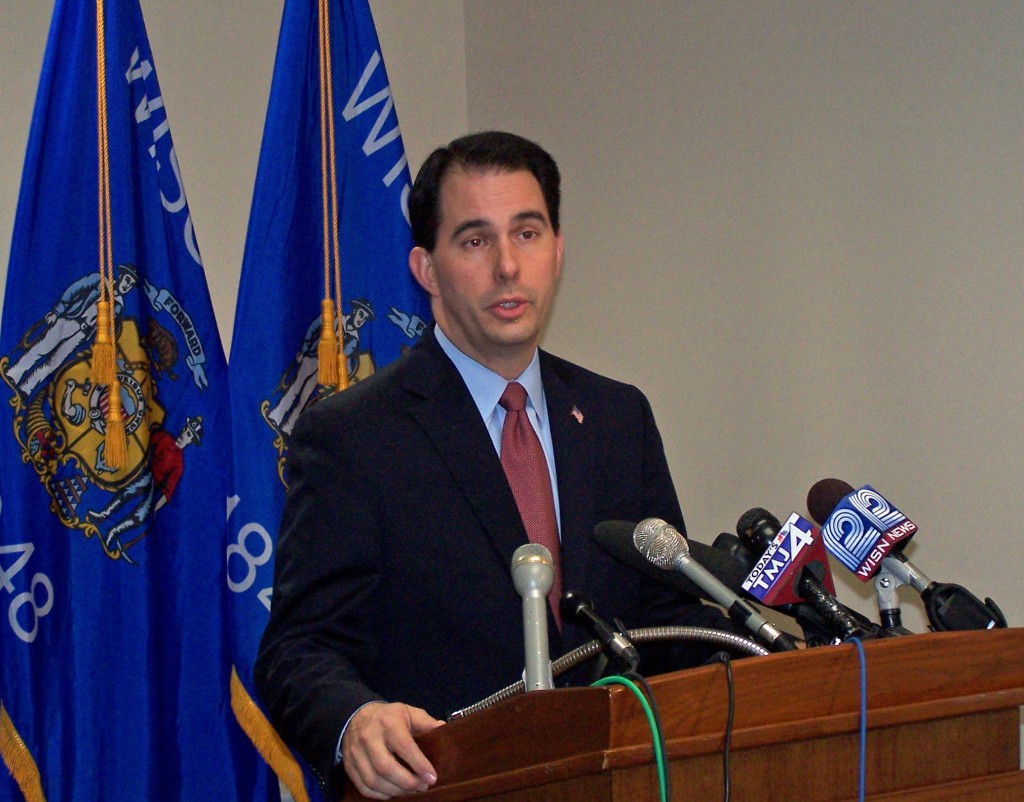 Governor-elect Scott Walker spoke to reporters shortly before the state Assembly went to the floor Wednesday afternoon, and suggested Democrats did not have the votes needed to approve contracts with state employee unions. “I’m still optimistic, responses I’ve gotten thus far is it looks like there appears to be not enough votes,” said Walker. “Obviously a lot of things can change. Having served in the legislature I know the only thing predictable is unpredictability.”

“I’ve said this before, but it’s worth repeating. This is about wage and benefit reform and balancing the budget” said Walker. Walker again mentioned that he wants lawmakers not to pass the contracts so that he can renegotiate with state employees. He’ll ask them to contribute twelve percent towards their health care and five percent towards health care – something he called “pretty generous” when compared to the private sector. Walker said he had no ‘head count’ to indicate how the votes might go in the Assembly and Senate.

Walker was asked to comment on the news that Assembly Independent Jeff Wood was released from jail – where’s he’s serving a drunk driving sentence – in order to vote with Democrats. “The legislature’s a very interesting place,” said Walker. The Assembly went to the floor at 5:15, and the Senate was scheduled to take the floor at 7:30.