You are here: Home / Weather / Wisconsin deals with weekend blizzard 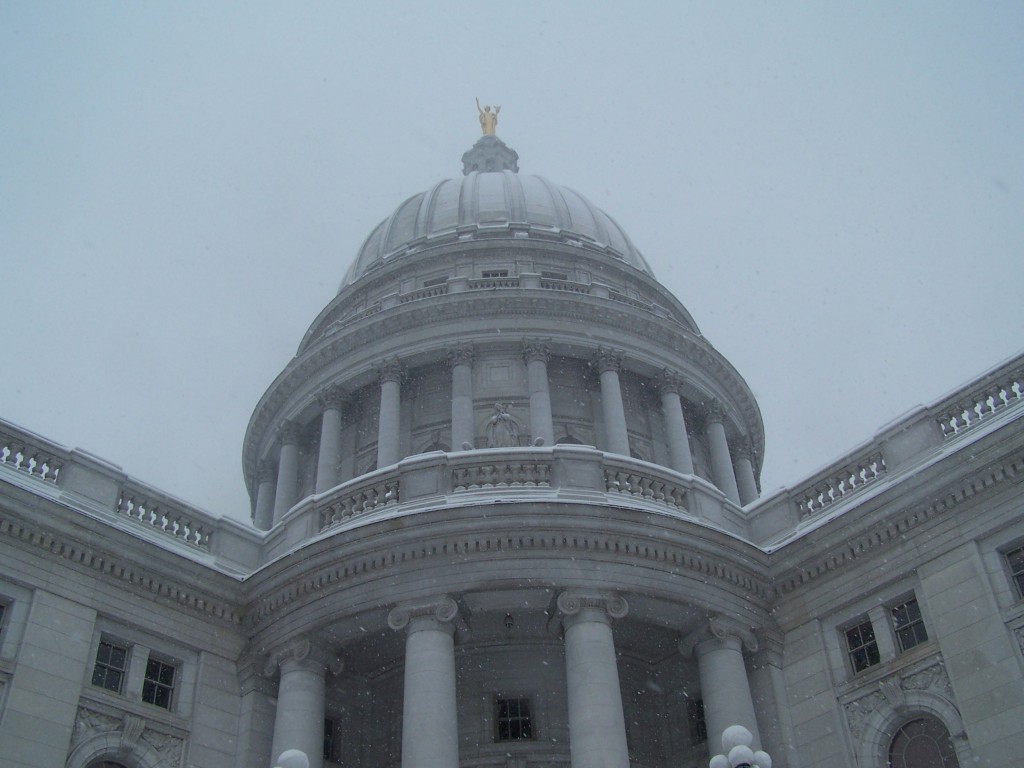 A winter storm warning continues through noon today in Iron and Ashland counties in far northern Wisconsin. The only new snow in the Badger State will be a lake-effect storm along Lake Superior. But strong winds may keep blowing the heavy weekend snows that dumped to 23 inches in northwest Wisconsin, and killed up to three people in the state. A winter weather advisory continues until 10 this morning for northeast and north central areas, and a wind-chill advisory is in effect until the same time for most of Wisconsin.

Bitter cold air moved in after the snow moved out. But by two this morning, only northwest Wisconsin was below zero. Siren was the coldest at minus 11. Racine was the warm spot at 14 above. But wind chills were below zero in all of the state, and both Siren and Marshfield had readings in the minus 20s. Winds gusted to 66 miles an hour last night near Sister Bay in Door County. Eastern Wisconsin cities along Lake Michigan had the strongest winds during the night, at up to 32 miles an hour at Kenosha.

The Wisconsin Public Service utility still had 5,300 customers out last night in Manitowoc and Kewaunee counties. We Energies had 20,000 customers out at the height of the storm. Officials said could not reach Howards Grove in Sheboygan County early yesterday, where 500 customers were without power. Most outages occurred when snow-covered trees and branches fell onto power lines.

Polk County in northwest Wisconsin had the most snow – up to 23 inches near Osceola. The west had up to 20 inches as far south as Holmen. Gile in Iron County had 18-inches and counting. Much of the south had 8-to-10 inches. Parts of Ozaukee County north of Milwaukee had as little as two-inches.

The weekend blizzard killed at least two and maybe three people in Wisconsin. Alejandria Abaunza of Chicago died Sunday afternoon in a one-car crash on Interstate 39-90 between Janesville and Edgerton in Rock County. The State Patrol said the 21-year-old woman was a passenger in a car that veered into the median, bounced off a tree, and hit another tree while going too fast for conditions.

In western Wisconsin, 79-year-old Clifford Larson of Woodville was killed Saturday while removing snow at the end of his driveway. Saint Croix County sheriff’s deputies said Larson might have stepped into a street before being hit.

In Marshfield, a 37-year-old man was found dead early Sunday morning, close to where his vehicle was stranded. Police quoted a passenger as saying the driver started walking to his home. Officers are still investigating. Also Sunday, seven people were injured in a traffic crash in Jefferson County. The State Patrol said the injuries were apparently not serious.

Officials urged people to stay off the roads and Tod Pritchard of Wisconsin Emergency Management said people heeded those warnings.