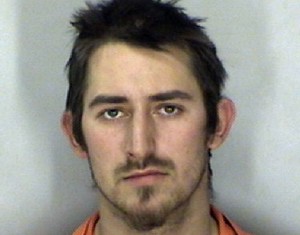 A judge in Waupaca County has sentenced 26-year-old Rory Kuenzi to 23 years in prison for the 2006 OWI homicide of another man. Kuenzi was convicted in November OWI homicide and hit-and-run for the death of Kevin McCoy, who Kuenzi hit with his truck while leaving an underage drinking party.

Waupaca County Circuit Court Judge Phil Kirk described Kuenzi as a sociopath and a failure who was beyond redemption during sentencing. The judge also pointed to Kuenzi’s arrest as part of a group of men accused of running down deer while snowmobiling two years ago as a sign of his inability to feel remorse.

Kirk says the sentence is part of a system that recognizes the need to identify and remove sociopaths from society.

Kathy Marsen, the mother of McCoy, told the court during sentencing that she does not believe Kuenzi feels any remorse for the injuries he causes to humans or animals and that “what he does to others makes him smile.”

Kuenzi was a suspect in McCoy’s death almost right away, but charges were not filed until after his arrest in 2009 for the death of several deer killed by snowmobiles. Charges in that case were dismissed, but the outcry from the incident prompted the Department of Justice to step in and take a closer look at the OWI homicide. The state ended up prosecuting the case.

DOJ asked for confinement of 30 years, while the defense argued for a sentence of just under six years in prison with 20 years probation. Along with the 23 years behind bars, Kuenzi will serve 26 years on extended supervision following his release.