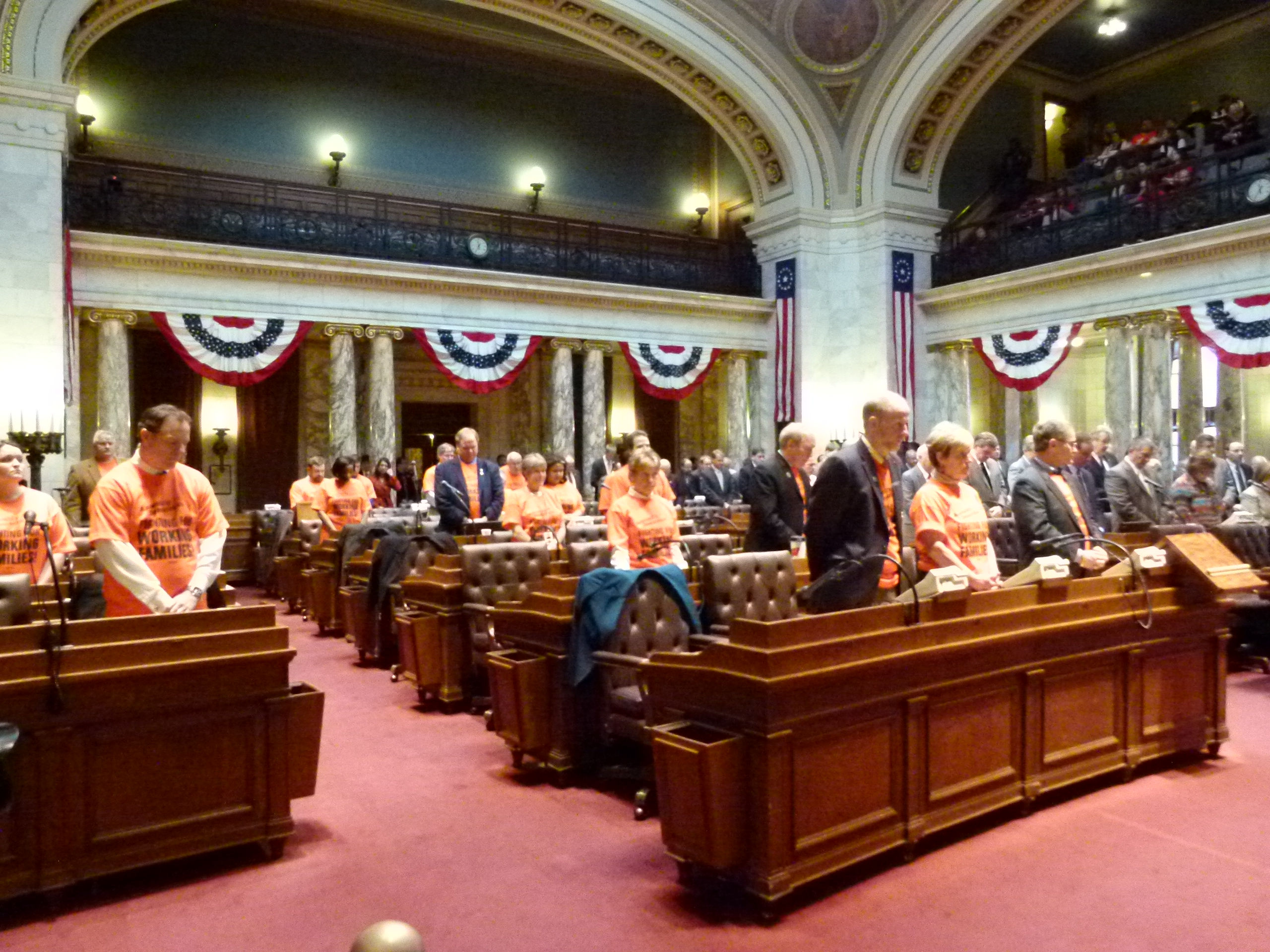 Now into the third day of being on the floor, the state Assembly moves closer to passage of Governor Scott Walker’s budget repair bill. Gary Hebl (D-Sun Prairie) warns, be careful what you wish for. He says there are unintended consequences to the actions taken on the floor. Hebl says Walker won’t be governor forever.

“Remember, what you gave up to this governor will continue on to the next governor.”

Early in the morning after 43 hours of debate, Democrats agree to limit the number of remaining amendments and time spent on them. Mark Pocan (D-Madison) stresses it wasn’t a “deal,” but more like a “hostage” situation. Republicans reject all amendments without debate.

Kelda Helen Roys (D-Madison) says the entire bill is just bad. “There are so many things wrong with this bill it’s just hard to know where to begin.”

Minority Democrats don’t have the votes needed to stop passage of the bill, but they’ll filibuster as long as possible to stall the vote. Passage would send the measure to the Senate, where GOP have the votes but not a quorum after Dems left town to avoid a vote.

The governor maintains public workers must make concessions to help fix the current $137 million deficit and help the $3.7 billion deficit in the next two-year budget. Walker says concessions would avoid thousands of layoffs.

Meanwhile, protests are in day 11 at the capitol, having started on Valentines Day.

NOTE: As of 3:00 pm, it was 51 hours in session. As of this post, the chamber is in recess for partisan caucus.