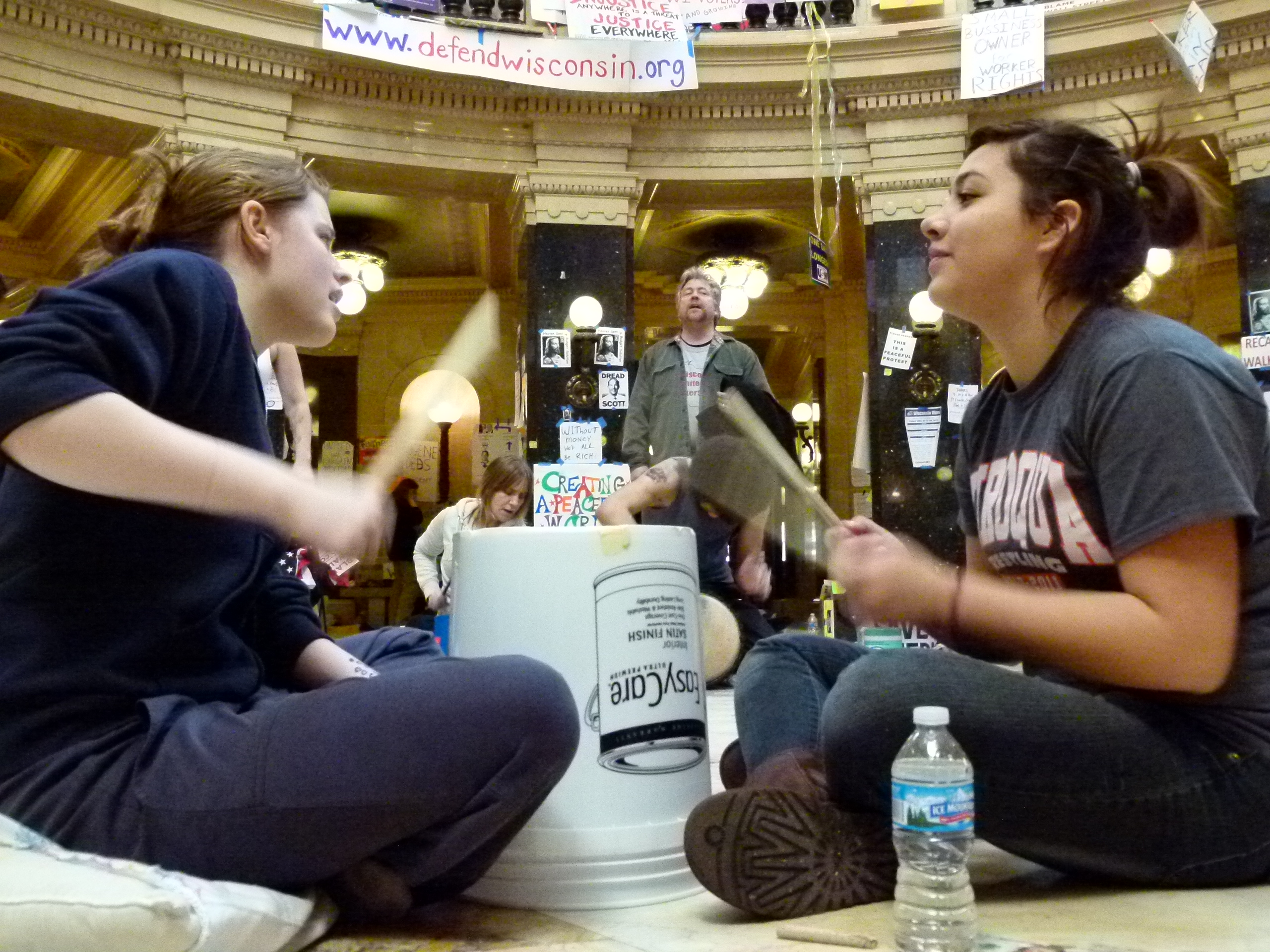 Dozens of protesters remained in the Capitol Monday morning, keeping the building closed to the rest of the public until they clear out.

Those still in the building were among the several hundred demonstrators that filled the building Sunday night in protest. Through the night, many left as it became clear police would not be forcing anyone to leave. By noon today, only about three dozen remained in the building.

The Department of Administration says it is working to clear and close the Capitol so it can be properly cleaned ahead of the Governor’s expected budget address on Tuesday afternoon. Although, many of those who spent the night say cleaning continued despite their presence. Demonstrators have been in the building nonstop for nearly two weeks, with hundreds of people sleeping there each night.

New rules took effect over the weekend aimed at ending the overnight protests. Restrictions have been placed on bringing in sleeping bags and other items, and limits will be placed on the number of people who can be in the building at the same time.

When the doors do open again, public access will be limited to a single entrance and visitors will have to go through security. The Capitol is also expected to return to normal business hours, unless the Legislature is in session or holding committee hearings.

Oake C. Gregory of Pierce County, one of the protesters still in the building, says they intend to stay until the doors are reopened to the general public. He says they have remained peaceful, but feels there has been misinformation spread to convince them to leave.

Most of the group has been sitting on the ground floor of the rotunda, under the Capitol dome, beating on drums and chanting “let them in.” Crowds gathered outside the Capitol by midday, with many union members hoping to continue their demonstration against the Governor’s budget repair bill.