You are here: Home / Education / Concerns over a statewide teacher “sick out” 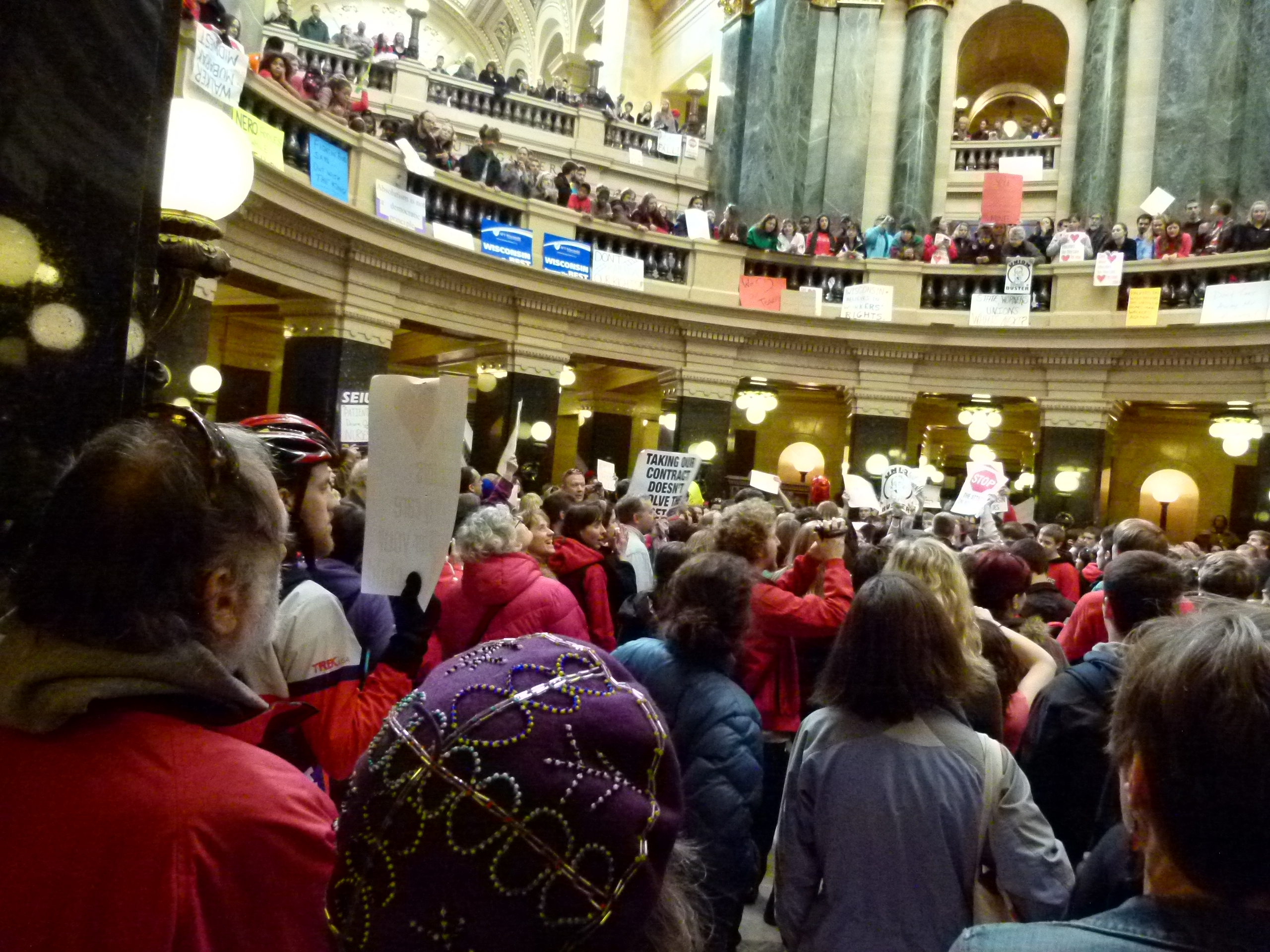 There are some concerns about an effort to get all teachers statewide to walk off the job.

All schools in the Madison District are closed for a second day as teacher unions protest Governor Scott Walker’s budget repair bill. Several area schools are following suit. Assembly Speaker Jeff Fitzgerald (R-Horicon) says it’s not fair to parents with school kids, but he’s not concerned about a massive “sick out” statewide. “Teachers are paid by the taxpayers to teach children.” She says they shouldn’t be leaving families in a pinch trying to find babysitters.

Senate Majority Leader Scott Fitzgerald says governors make contingency plans for those types of things. Joint Finance Committee co-chair Robin Vos says the budget adjustment bill is a modest proposal and he doesn’t believe teachers would sacrifice the education of the kids because they have to pay higher health care and pension contributions. “This is not something draconian; it’s not something radical.” He says it’s something every private sector worker would love to have for himself.

Some supporters of the walk-out are calling this a teachable moment; and perhaps protesters will bring their kids with them to the capital city.

WEAC, the state’s largest teachers union, is calling on all 98,000 of its members to attend rallies in Madison the rest of the week.