You are here: Home / Legislature / Governor calls on Democrats to do their job (AUDIO) 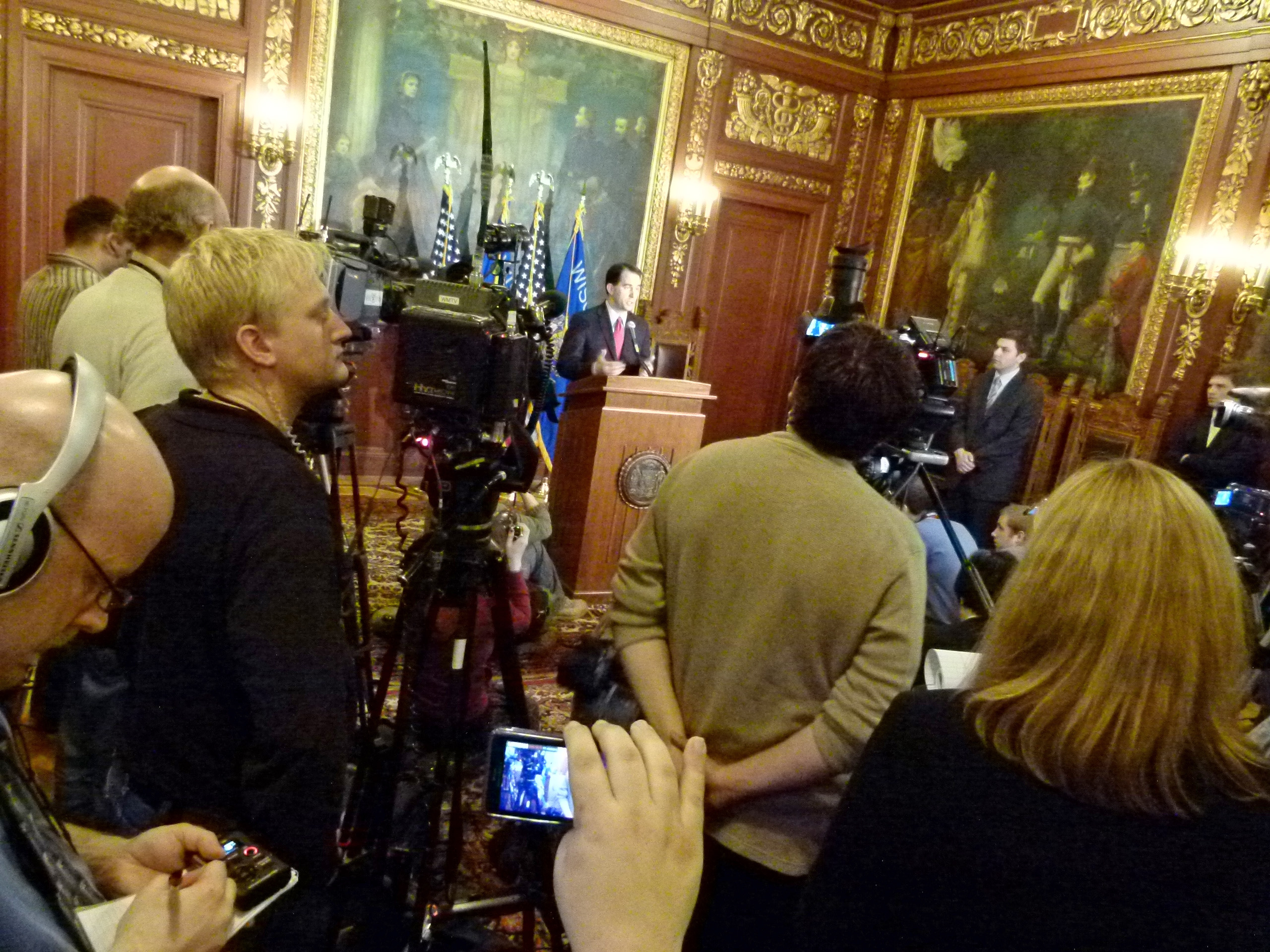 Walker says they get paid to come to work and should be there. He says Democrats have every right to propose amendments and debate the bill, but they don’t get to do that unless they show up for work.

Despite statements from some Senate Democrats that they will not return until changes are made to the bill to protect the collective bargaining rights of public employees, the Governor remains confident they will come back. Walker says he has faith that after they do “their stunt” for a day or two, they will return and do their jobs.

The Democrats’ departure came as thousands of protestors descended on the Capitol for another day of rallies. Governor Walker says they have a right to voice their opposition, but he believes those outside of Madison support his proposal.

He pointed to about 8,000 e-mails his office received Thursday, with the majority in favor of the bill.

Protestors have largely focused on how the bill will limit the collective bargaining rights of most public employees and require them to contribute more to pensions and health benefits. Democrats have also raised concerns though about changes to Medical Assistance programs, the sale of state heating plants, and several non-fiscal policy items in the bill.