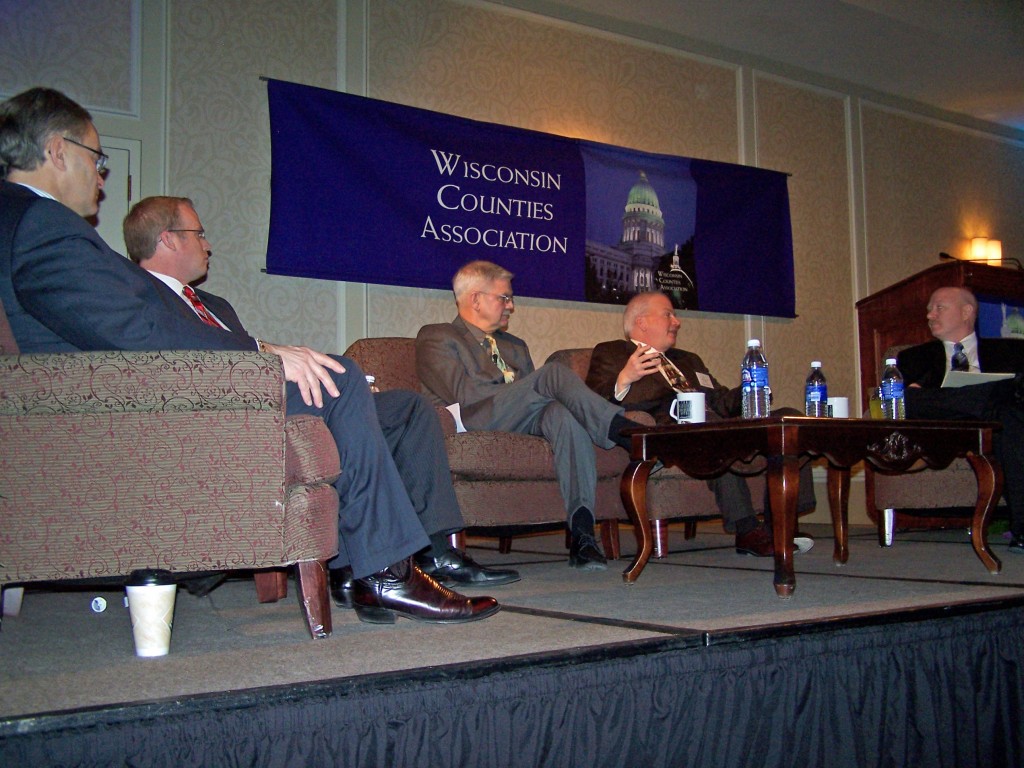 With the state facing a nearly $137 million shortfall in the budget year ending June 30, Governor Scott Walker is proposing a budget repair bill. Senate Majority Leader Scott Fitzgerald (R-Juneau) said the shortfall is partially the result of poor budgeting by former Governor Jim Doyle. “This new number that we see, was created as a result of some of these bad budgeting practices” Fitzgerald said during a forum Wednesday at the annual meeting of the Wisconsin Counties Association in Madison. “It’s literally been discovered by the audit bureau that some of the numbers used by Governor Doyle just weren’t legit.” Fitzgerald said Walker’s budget repair and the budget to follow will get the state on the right track. “That doesn’t mean there aren’t gong to be a lot of feathers that are ruffled by this, there are.”

In addition to the shortfall this year, the state has a $3.6 billion structural deficit, which Walker has pledged to address in his first budget. “It is a big number,” said Assembly Speaker Jeff Fitzgerald (R-Horicon). “There’s no one time gimmicks any more, there’s no more accounting tricks that can be done. There’s going to be some difficult decisions. It’s not going to be easy. But the political will and the climate that’s out there right now, people are expecting us to make bold moves. And from hearing from local governments throughout the state, we’re going to have to allow you to have the proper tools to be able to allow you to be able to withstand what’s coming here . . . so that we’re not back in this mess two years from now. I’m sure you guys are tired of it. We’re tired of it.”

The Fitzgeralds discussed the issues facing the state with Wisconsin Counties Association President Mark O’Connell, Senate Minority Leader Mark Miller (D-Monona) and Assembly Minority Leader Peter Barca (D-Kenosha). ‘You know, $3.6 billion is daunting, there’s no question,” said Barca. “The governor was right to call a special session on jobs and the economy, because there’s no other single issue right now that is more dominating, for us to deal with. We’re going to continue to have deficits until we put people back to work.”