You are here: Home / Politics / Govt / Not budging on the budget bill 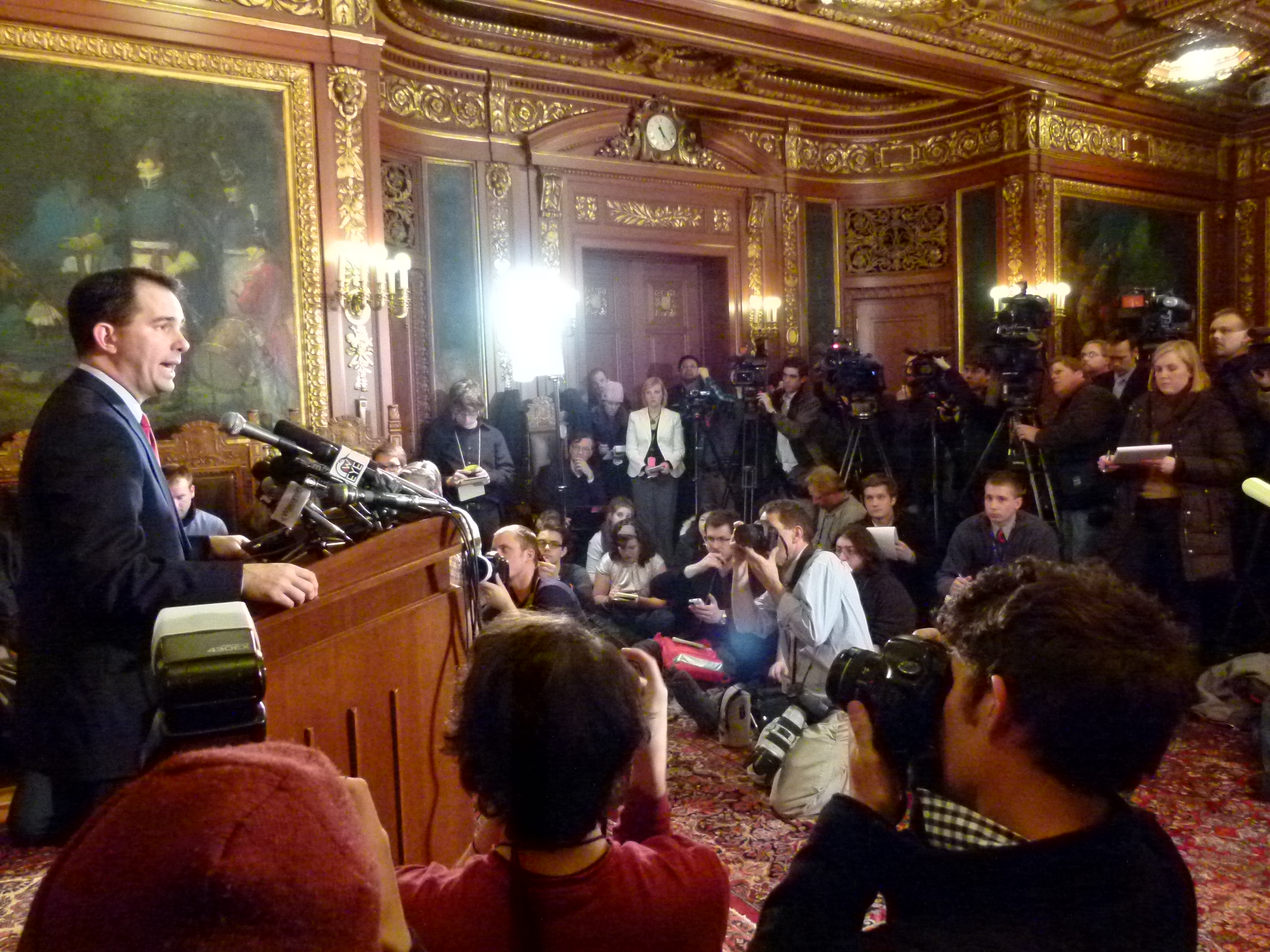 Governor Scott Walker stands by his refusal to negotiate with state union workers over his plan to eliminate nearly all of their collective bargaining rights. Union leaders are saying they would be willing to pay more for pensions and health care, but want to keep their ability to collectively bargain. Walker won’t compromise.

State workers claim this measure is about “union-busting.” Walker disagrees, and says he campaigned on this and if anyone is shocked by it, “they’ve been asleep for the past two years.”

Walker says, “If we were ultimately about attacking the unions, we’d be doing something to private unions.”

The governor defends his proposal, saying without the concessions; there would be massive layoffs of state workers. What about a sunset provision that would expire after the next election? Walker says that’s a “non-starter.”

Walker addresses the missing 14 Senate Democrats, telling them to return to Madison. “For those 14 senate Democrats, you had your time; now it’s time to come home.” The lawmakers fled the state last week to avoid a floor vote on the budget adjustment bill. The chamber needs 20 votes for a quorum. There are 19 Republicans.

NOTE:  Tuesday night at 6pm Governor Walker will directly address the residents of Wisconsin to discuss the current fiscal year challenges, the divisions which have arisen over the past week and his positive vision for moving Wisconsin forward.