You are here: Home / Education / Protesters hope to sway just one senator 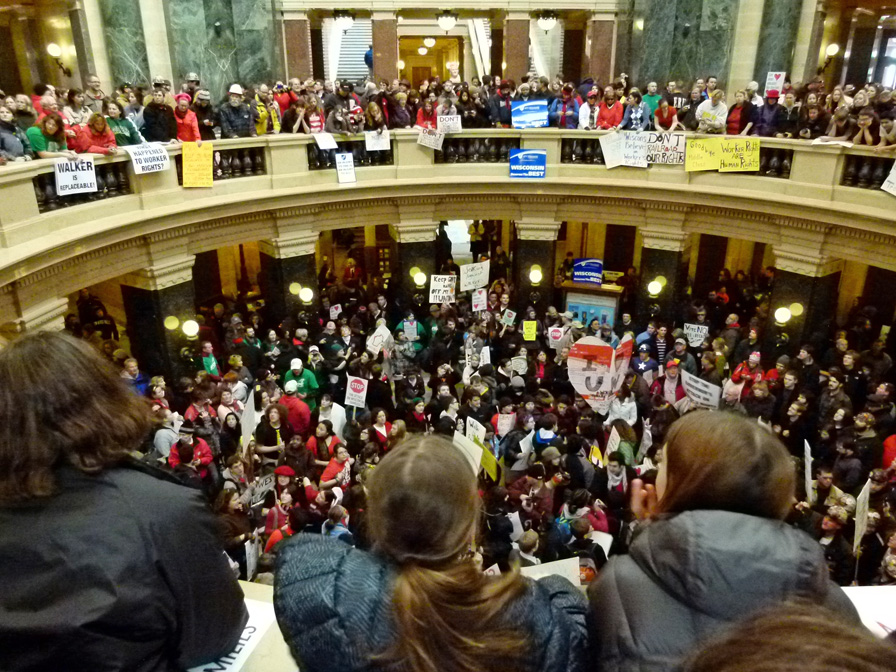 Union workers who oppose Governor Scott Walker’s repair bill, some shouting “When I say Walker you say stupid,” convene at the state capitol by the thousands. In fact, according to Department of Administration estimates, 3,000 inside the building and 10,000 outside.

Fliers point protesters to the office of Republican Senator Mike Ellis (Neenah) in hopes of convincing him to vote against the bill that would nearly eliminate collective bargaining rights for state workers. Ellis has been targeted as a Republican senator who could vote against his governor’s plan.

“Right now we understand Ellis is receptive to listening to some of the stuff that we have to talk about … someone to listen and maybe reason with us and ask us questions.” Bob Horlacker made the trek from Eau Claire with about 200  to 300 others.

A legislative committee heard public testimony on the measure, which could pass the full legislature by the end of the week, but protesters hope to win Ellis’ favor. Horlacker is a 38-year-plus city employee who also wants to change public perception that they are unwilling to compromise. He says in nearly four decades of government work, he’s agreed to many concessions to health insurance and wages.

There was extra security at the state capitol as protesters chant “Kill the bill” and “Stupid can’t be fixed,” but the administration says there were no incidents.