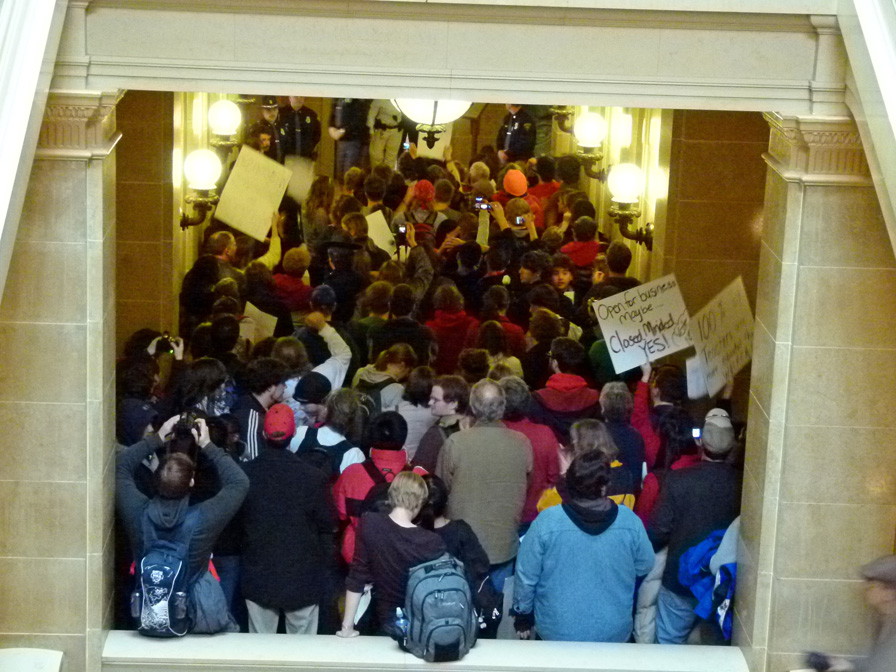 Governor Scott Walker says he believes he has the votes needed to pass his budget repair bill; he remains confident he’s doing the right thing to help fix the state’s financial shortfall, but says he’s not opposed to making some slight changes to create a “good strong bill.” Walker says, “We’re just not going to fundamentally undermine the principle of what we’re proposing, which is to allow not only the state but local governments to balance their budgets.”

Walker says, despite what some folks are saying, civil service protections remain in place; he reiterated that there will be no furloughs under his leadership.

Walker says private sector employers have been cutting back on their employee benefits and wages for some time. “The bottom line is we’re asking … not only nothing more, but in many cases, much less than what many people, many middle class working citizens in this state are already paying to keep and preserve jobs outside of government.”

Hundreds of protesters line the hallway leading to the governor’s office, and up to 10,000 more fill the capitol building and the grounds outside the governor’s window. Walker says he’s listening to state workers, watching testimony at the public hearing on the measure, but says the rest of the taxpayers in the state also need to be heard.