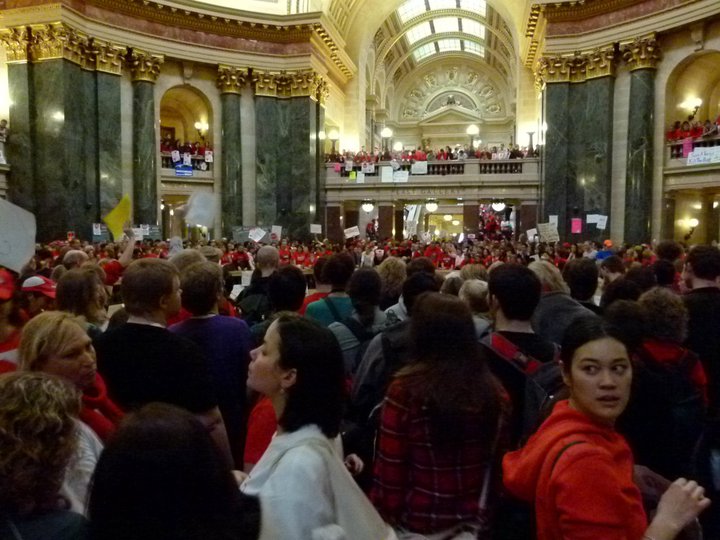 Thousands continue to gather at the state Capitol each day in protest of the Governor’s budget repair bill, and lawmakers have security concerns for when it eventually reaches a vote in the Legislature.

The Assembly could act on the bill as early as Tuesday, although passage in the Senate has been blocked by Democrats who left the state last week to prevent a vote. Republicans in both chambers maintain their belief it will pass when a vote does take place.

Senate Republican Leader Scott Fitzgerald (R-Juneau) admits there are some major security concerns with the current situation around the Capitol. He says it’s getting harder every day to move the 19 Republicans in the Senate around the building. He says it could get worse when a vote takes places.

Fitzgerald says Republican lawmakers are already on edge, and extra steps are being taken to protect them. Access to both chambers of the Legislature is currently restricted and police escorts are being offered. He says threatening e-mails and phone calls have been received by most Senators, and some have seen protests at their homes. He says it’s very much on the minds of lawmakers right now.

Crowds inside the Capitol have consistently been above 5,000 people for almost a week, with several thousand more gathering outside the building.