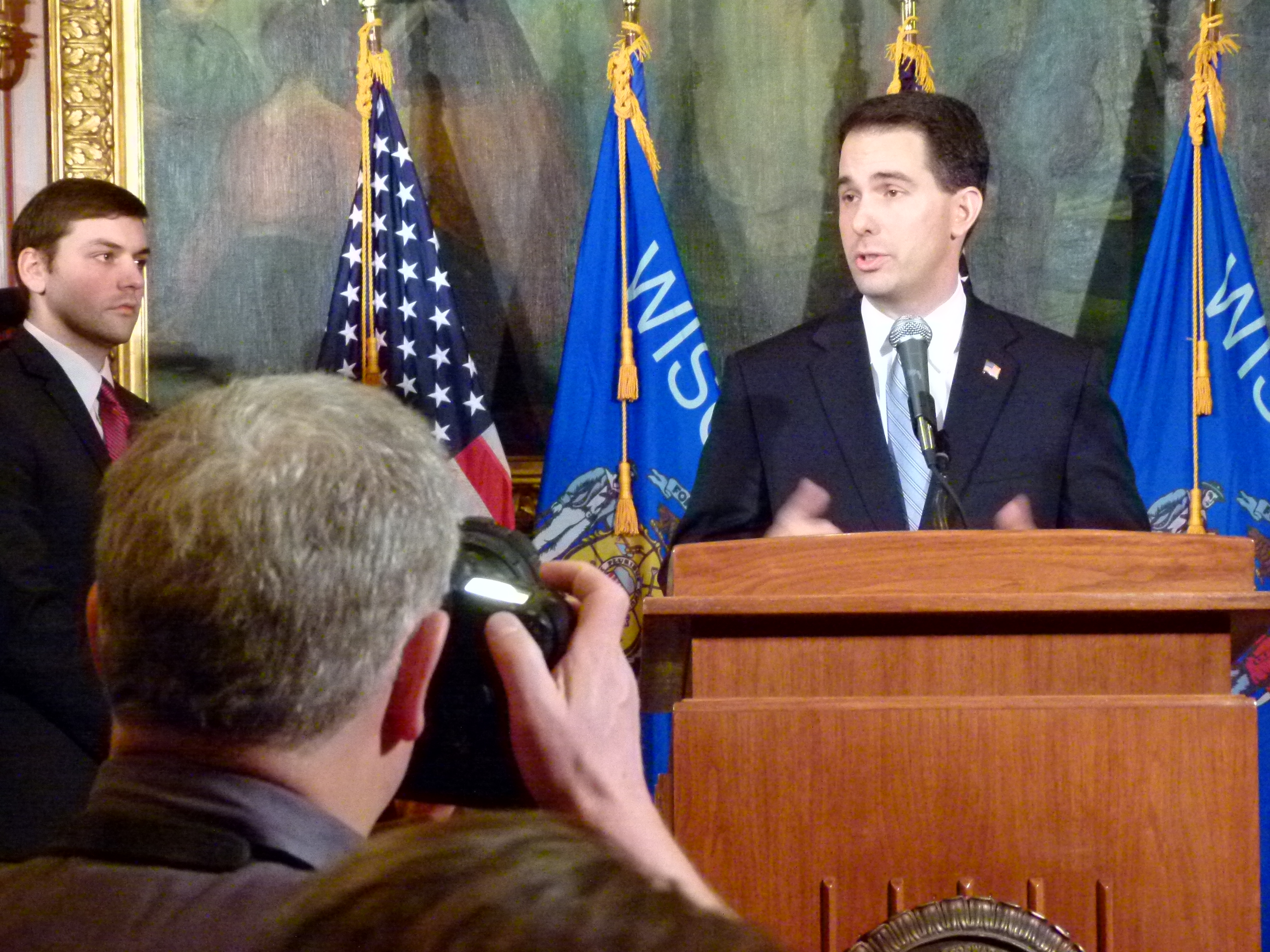 A left-leaning New York-based blogger calls Governor Scott Walker pretending to be billionaire campaign donor David Koch and talks about the ongoing battle over public employee unions. During the call, Walker says “This is our moment;” a chance to change history. Walker later defends himself, saying he takes calls all the time and says the same thing in private as he does in public. Walker says he won’t let this guy ruin his resolve to fix the budget deficit.

“I’m not going to allow one prank phone call be a distraction from the reality that we have a job to do here, and the job is to debate this bill. And you’re only able to debate it if you’re in the capitol.”

Walker’s referring to the missing 14 Democratic Senators who left the state to boycott a vote on the budget repair bill. The prankster, known as Buffalo Beast, also asks whether he could help, perhaps by “planting some troublemakers” among the protesters. Walker says he had “thought about that,” but he later tells reporters he wouldn’t condone that sort of behavior. Walker says he always listens to ideas, but doesn’t act on them.

“For us that doesn’t benefit the debate. We’ve had a civil debate in Wisconsin; it is a very Midwestern trait.” He says, “We’ve had all sorts of options brought to us by staff, by the lawmakers, by people from all across the state, but as you heard on the tape we dismissed it and said that wasn’t a good idea.” The two also chat about potential layoff notices, and withholding paychecks from absent senators.

After the governor leaves the room, Madison Democrat Brett Hulsey fights his way to the lectern and calls Walker a “megalomaniac.” Husley, shouting over the sound of protesters in the hallway, says Walker is acting like a “dictator, not a leader.”

Meanwhile, Hulsey is prepared to stall passage of the bill from the state Assembly as long as it takes. He says he’s got a sleeping bag and three days worth of food — and could always order more.

NOTE: The Society of Professional Journalists strongly condemns the actions of the prankster. “This tactic and the deception used to gain this information violate the highest levels of journalism ethics,” said SPJ Ethics Committee Chairman Kevin Z. Smith. He says this type of entrapment journalism “is inexcusable and has no place in journalism.”