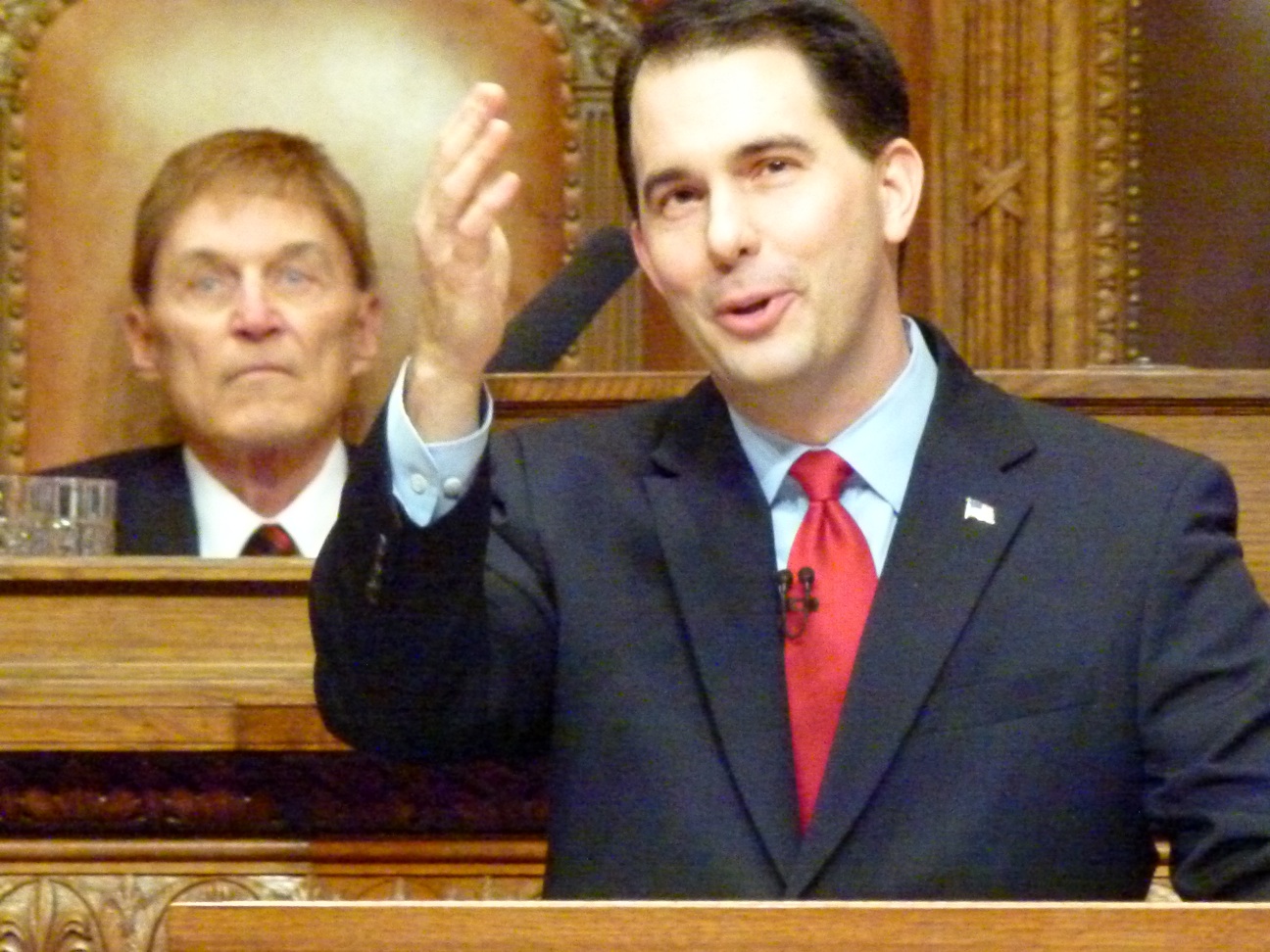 Governor Scott Walker praised the Packers – but provided few details in his State of the State Address. Walker said every action of his administration ought to be viewed through the lens of job creation – something both parties can take a hand in. “Creating jobs shouldn’t be a partisan issue,” Walker told a joint session of the Wisconsin legislature. “These are not Republican or Democrat jobs, these are Wisconsin jobs.”

Walker touted the accomplishments of his special session on jobs creation and talked about what yet needs to be done. “The smallest change in a rule can have an unintended consequence that drives up the cost for businesses, and stands in the way of job growth. Our regulatory reform bill will help get government’s hands off our job creators,” Walker said.

And there was some news out of this speech as well. Walker said he issued a challenge on Milwaukee’s Zoo Interchange. “Our transportation leaders met the challenge, and developed a plan that will start the project ahead of schedule, and save the taxpayers of this state $600 million.”

“The budget and budget repair bills we will introduce in the coming weeks are even more important than our special session legislation,’ Walker said. “It is in these budgets where rhetoric meets reality, where we will show that we will make the tough decisions now, to lay the foundation for future economic growth.”

Walker, quoting the Wisconsin constitution, said “frugality and moderation” by government are the keys to dealing with the deficit and turning the economy around. “Our new budget and government will affirm these values and fundamental principles,” said Walker.

Walker also quoted Green Bay Packers coach Vince Lombardi twice during a speech which also featured team president Mark Murphy speaking from Dallas – and which took place under a Capitol dome illuminated in green and gold. Walker spoke for about thirty minutes – brief by state of the state standards.