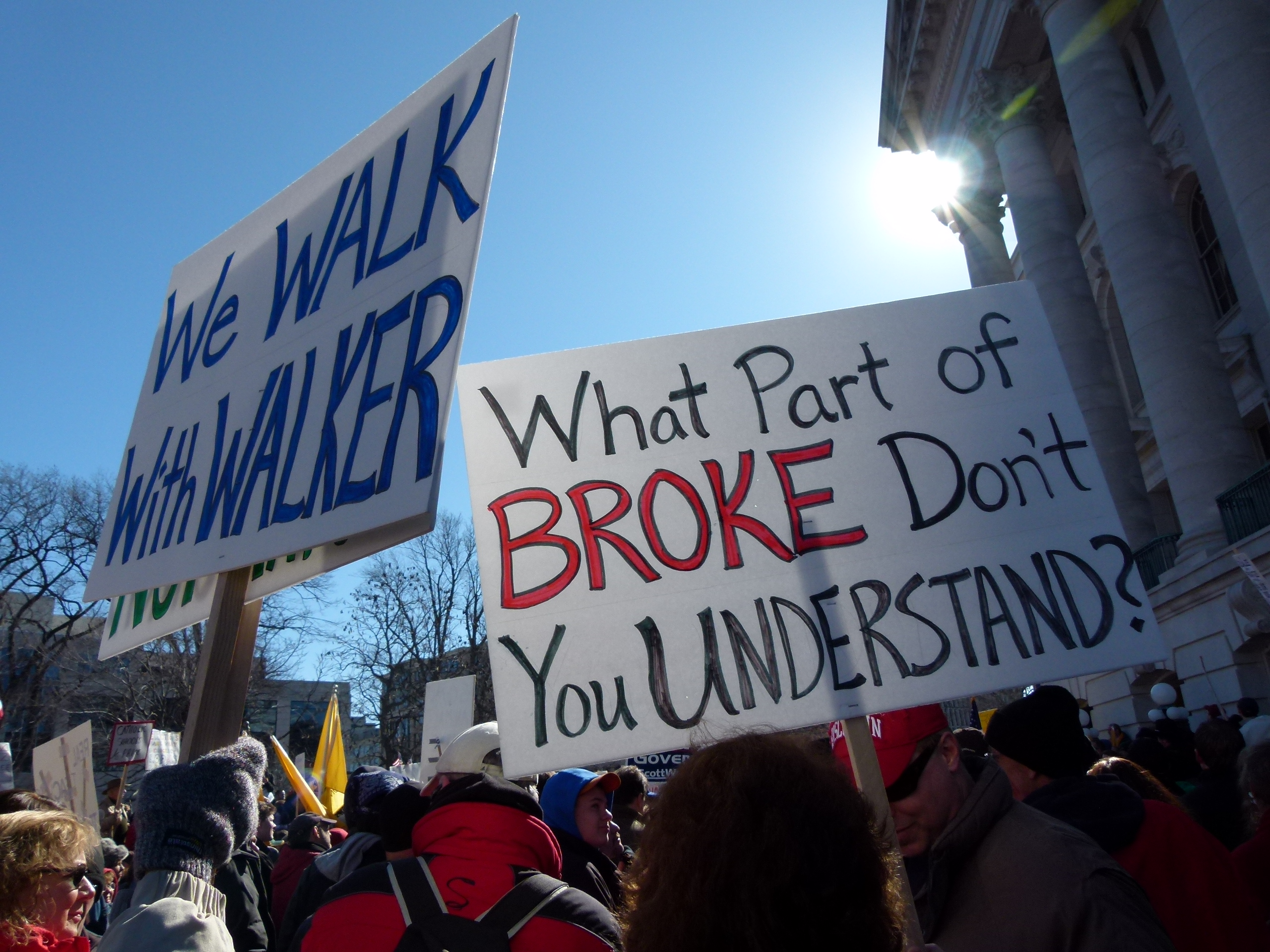 After a week of protesters rallying in Madison, supporters of the Budget Repair bill have their say over the weekend.

While thousands of people show their support for Governor Scott Walker at the state capitol on Saturday chanting “thank you Scott,” some folks were more focused on the no-show senators. “I want people to vote and get this over with. We elected a Republican governor, a Republican House and Senate; we got to get it over with.”

All 14 Democrats in the senate fled the state on Wednesday to avoid a vote on the controversial measure. While the crowd chants “pass the bill,” and “thank you Scott,” this man adds that he’s not a fan of the unions. “I believe that the unions are out of control.”

Security separates opponents from the supporters, with many folks on the muddy grass. One man would much rather discuss the facts rather than put up with the hyperbole from our elected leaders — on both sides. He calls that an “inability to coherently express a point of view,” especially, he says, when they compare leadership to Hitler, bigots, warmongers, etc.

Another man follows politics, but doesn’t let it weigh him down too much. He sings a little ditty, encouraging the missing senators to return to the capitol.

Saturday’s competing rallies resulted in the biggest crowd yet over the past week, with official estimates between 55,000-70,000.