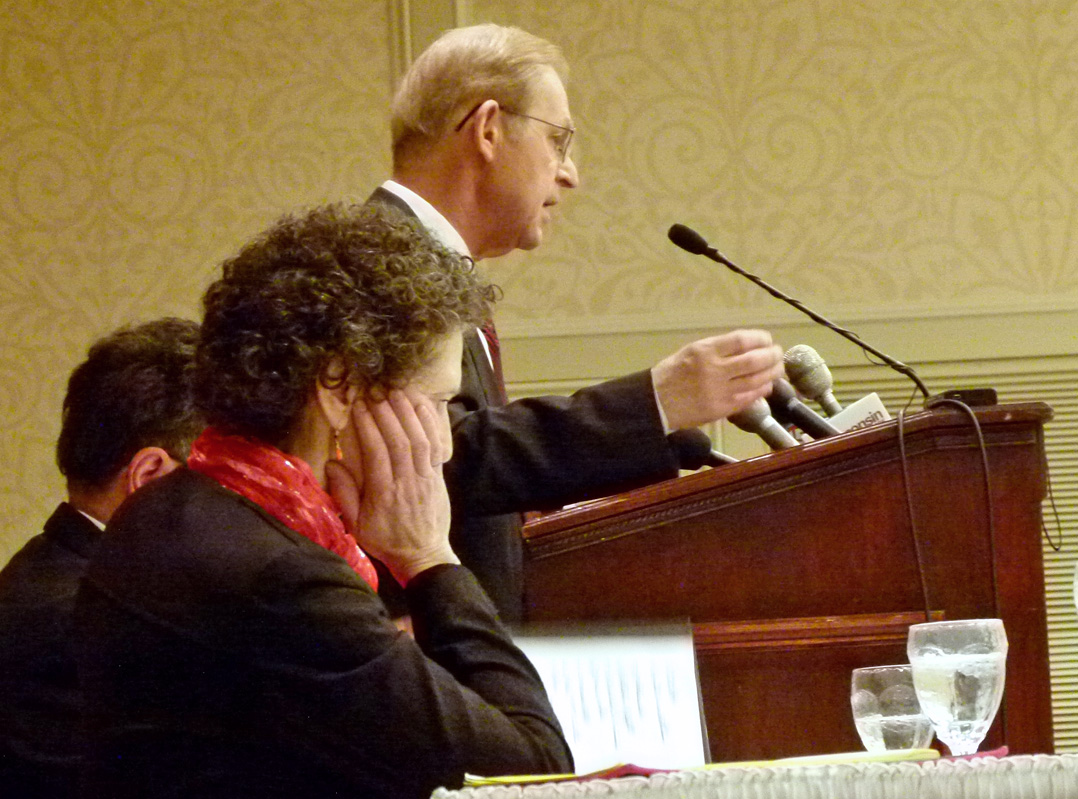 Justice David Prosser blames liberal justices for the negativity surrounding the court. At a lunch forum in Madison, Prosser was asked how he would restore the reputation of the Supreme Court and improve civility. “Anyone who knows me … should know that I am not the source of the conflict on the court.”

Prosser accuses his colleagues of conspiring to oust him from the bench, even though in previous elections, he says he supported them — Chief Justice Shirley Abrahamson and Justice Ann Walsh Bradley. “It’s a little disconcerting to me that today they have ganged up and tried to recruit candidates to run against me and create a foul atmosphere inside the court.”

Prosser says tensions would diminish after he’s re-elected, because there’ll no longer be incentive to publicly “castigate” him. Also, he believes the state needs a “highly respected outside force” to enforce efficiency and collegiality on the bench.

Meanwhile, touting her “independence,” Assistant Attorney General JoAnne Kloppenburg denies being anyone’s recruit. Kloppenburg has been identified as the “anti-Walker” candidate, but wouldn’t say whether she agrees with that characterization or the criticisms against Prosser, and says she can’t control Facebook postings.

“I don’t control what other people say; I do control and I am responsible for what I and my campaign have said. And unlike my opponent, I have stuck to my guns since I announced on December 7 that I am committed to being independent and impartial.”

Prosser disputes that statement, saying everyone knows that an owner of a facebook page can easily remove messages — if they choose.