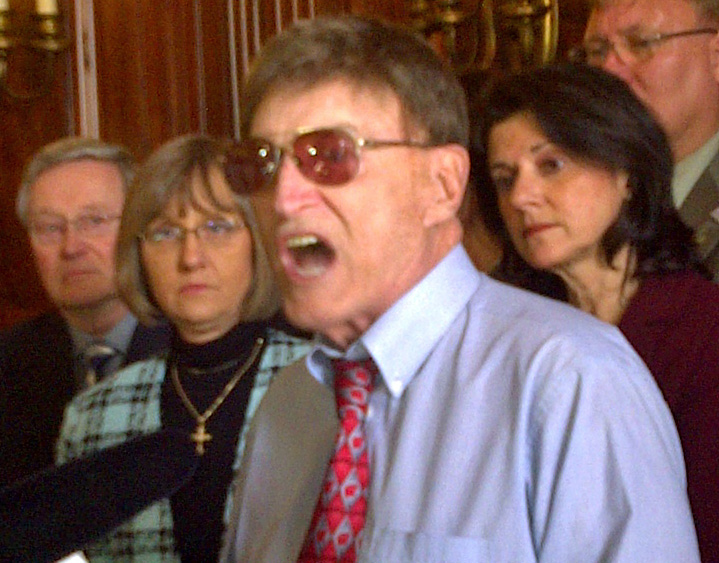 Wisconsin Senate President Mike Ellis took his turn Wednesday, trying to convince Democrats to return. Most Senate Republicans were present for press conference, after the Senate approved a resolution for a $100 per day fine for members who miss floor sessions without an excused absence. With Madison Democrat Fred Risser out of town to block the budget repair bill, Ellis is the senior member of the Senate present. And Ellis said changes will be made to prevent similar actions in the future. “We will make modifications, so that the government of the people cannot be blocked by a minority of the people,” said Ellis of the 14 Senate Democrats whose nearly two week long cross border gambit has delayed action on Governor Scott Walker’s budget repair bill.

The Neenah Republican did not mince words about his Democrat colleagues, and their absence. “They are not heroes. They may be to those who support their position, but they are in effect traitors to the democracy they are supposed to represent. That may be a very strong word, and I may have to rescind it later when I see my friend Bob Jauch. If he ever comes back.” Ellis implored Jauch, who represents northwest Wisconsin, Risser, and Janesville’s Senator Tim Cullen to “step up, and bring these people back.”