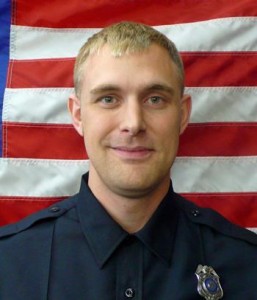 For the first time in 50 years the City of Fond du Lac is dealing with the death of a police officer in the line of duty. Craig Birkholz, 28, was shot and killed responding to a sexual assault call Sunday morning. The shooter was 30-year-old James Cruckson who after a nearly six hour standoff took his own life.

Birkholz served in the Army in Iraq and Afghanistan for five years and had been with the Fond du Lac Police Department for nearly two years. Police Chief Tony Barthuly says Birkholz was well thought of by his fellow officers. Deputy Police Chief Kevin Lemke says Cruckson fired on a number of police squad cars and ambulances who responded to the scene.

K-9 Officer Ryan Williams was shot twice in the chest, but is expected to recover. Chief Barthuly says Williams’ ballistic vest probably saved his life. Another officer, Zach Schultz, suffered minor injuries falling down some stairs and a police dog Grendel was hurt, but is also expected to recover.

The state’s Criminal Department of Investigation has 22 agents working on the shooting investigation.