You are here: Home / Politics / Govt / Getting rid of some state offices 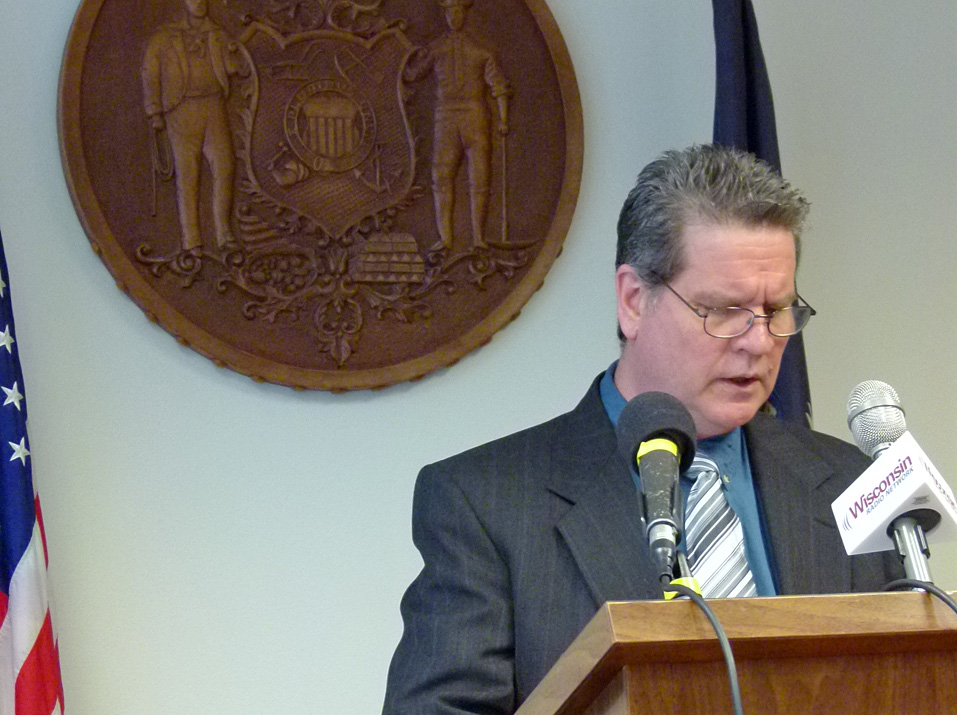 Fulfilling his campaign promise, the state treasurer unveils his plan to eliminate the Offices of State Treasurer and Secretary of State.

State Treasurer Kurt Schuller says there’s no need for the constitutionally elected offices. “We do not need to have this as a publicly elected constitutional office. The job can be done better by an administerial position.”

Schuller says the duties of the offices would be redistributed into the Departments of Administration and Revenue; and thereby reducing the cost of government. Short on details, he says there’s plenty of time to thoughtfully figure it out, considering the earliest they could close up shop would be January of 2015.

The office of state treasurer is not funded by taxpayer dollars, but instead by program revenue. Schuller explains growth in that revenue and efficiencies as a result of the elimination would help support the common school fund, which supports public libraries. He figures an increase in funding to these entities would take pressure off of local school boards and ultimately have a positive effect on property taxes across the state.

Secretary of State Doug La Follette has argued against the idea, saying his office serves important state functions. But Schuller says this was a central point in his campaign, so to reverse course would be hypocritical.

Eliminating the offices would require amending the constitution; it would have to be approved by two consecutive legislatures and by voters in a statewide referendum. The proposal will have more than one object; so the elimination of each office must be considered as separate ballot questions, meaning both offices could be shut down, or one could be eliminated while keeping the other.