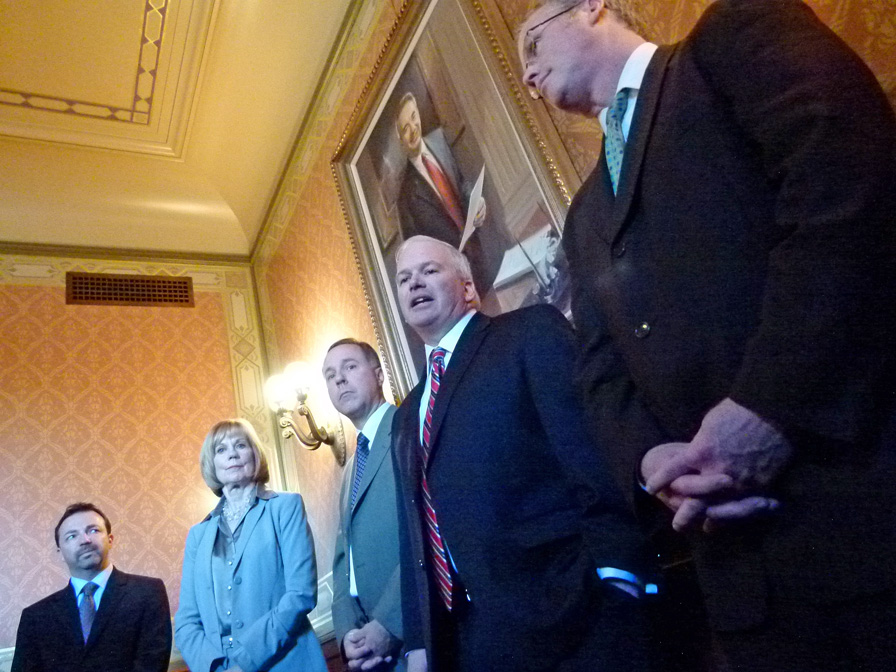 Governor Walker unveils his “reform budget,” saying his plan gets serious about the state’s deficit, which he says is due to mismanagement by previous governors and legislators from both political parties.

Speaker Jeff Fitzgerald (R-Horicon) says this is exactly what Republicans were campaigning on. “We said that if we got back in power we were going to change things. We were going to solve a budget deficit of $3.6 billion with cutting government spending … without raising taxes and fees, without raiding segregated funds, and reducing the structural deficit my 90 percent.” He says that’s what Republicans campaigned on.

Walker calls his plan a return to frugality and moderation, reducing the structural deficit by 90 percent.

Majority Leader Scott Fitzgerald (R-Juneau) says “We cannot afford to simply flush that problem down to the local levels, or push the problem onto the next generation.” After meeting with some of the 14 absent Senate Democrats, Fitzgerald says it’s time to come home and take a vote.

He told them, “If you’re goal was to slow down the bill, you achieved that. It’s time to come back and vote.” He says he believes some of them feel like they’re “boxed in.” The Majority Leader says “1,500 real jobs are hanging in the balance because of the Senate Democrats’ media stunt.”