You are here: Home / Legislature / Jesse Jackson has sharp words about Walker 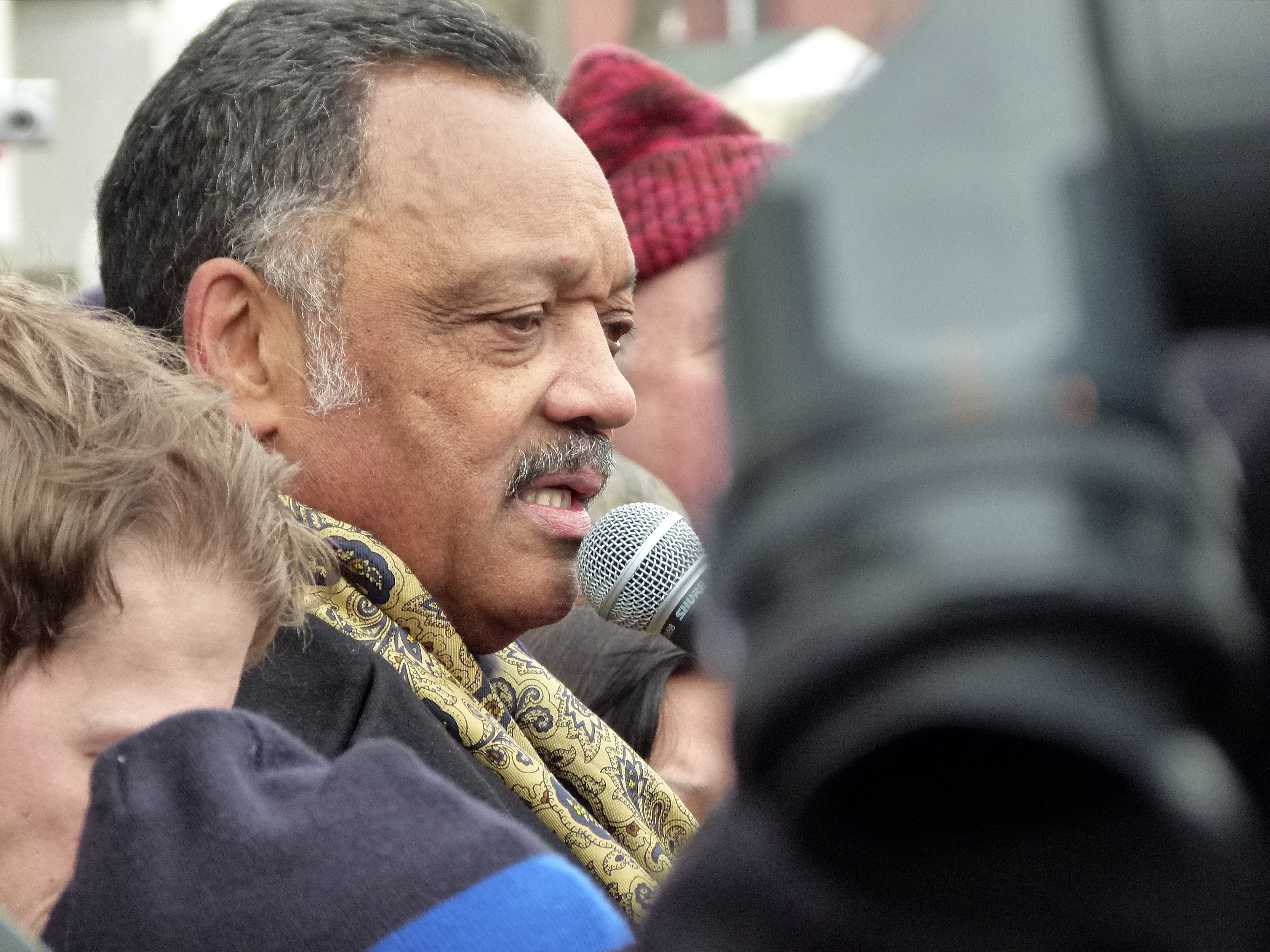 Rev. Jesse Jackson speaks to the crowd gathered outside the Wisconsin Capitol before gaining access to the inside, making his way to the Assembly chamber to give the opening prayer and observe the floor session. (PHOTO: Jackie Johnson)

The Democrats added some star power to their cause this afternoon as the Rev. Jesse Jackson came back to Madison, this time arriving at the Assembly. Jackson told reporters, he not surprised that the Capitol had been locked down today, because the Governor has a mindset, that “workers are the problem not the remedy.”

Jackson says the struggle for workers rights is connected to other movements around the U.S.

“I’m astonished how we’re using teachers as scapegoats for the crisis,” he said referring the budget deficit, in a time when tax cuts are going to the wealthy.

The long time activist also lashed out at some of Governor Walker’s other policies including changes to Medicaid and cuts to education. Jackson questioned why Walker would refuse $800 million in federal dollars for high speed rail and emphasize road construction in a time of high gas prices.

When WRN spoke one-on-one with Jackson, he compared Wisconsin’s “struggle” with the 1965 Civil Rights March in Selma, Alabama.

“If democracy can’t work inside the chambers, it works in streets and what we see in Wisconsin today and saw in Alabama, is people taking democracy to the streets.”