You are here: Home / News / Searching for signs from the demonstrations 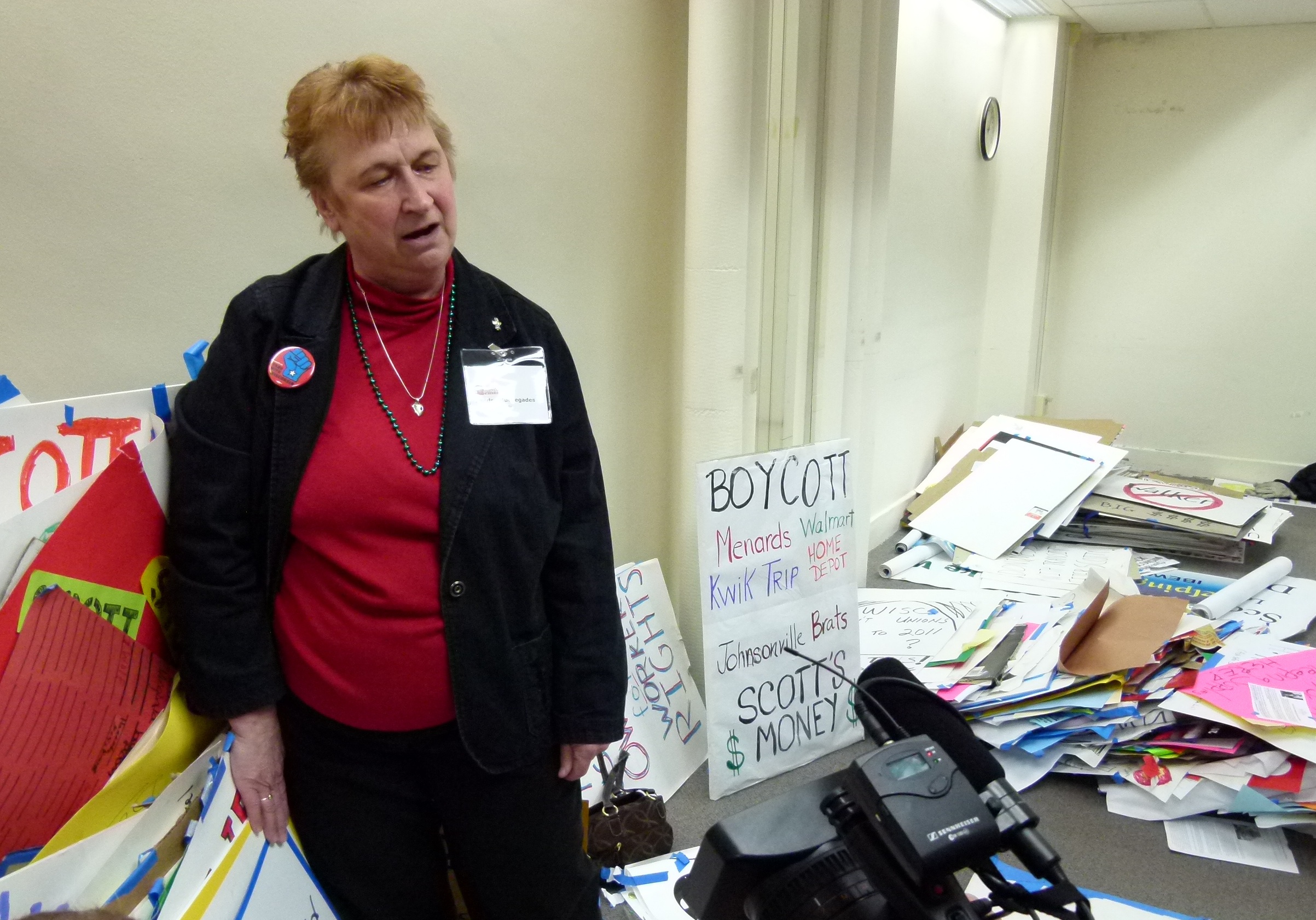 Retrieving protester signs that had been displayed at the state Capitol building. (PHOTO: Jackie Johnson)

Signs that were taken down from the Capitol can be picked up at a state office building downtown.

One woman gets help finding her banner among all the other signs that were taken down from the Capitol building after more than two weeks of being taped to the walls. Sandra says it’s not so much about the poster, but the patients and people it represents.  “So I just feel I need to take it back home.”

After being removed from the marble walls by cleanup crews, the signs were brought to a state office building, where protesters wishing to retrieve them can do so through Friday. Any remaining signs will be offered to the State Historical Society for potential preservation.

Of course, archivists could be left with nothing. “Well, that’s a possibility; it would be sad,” says Ellsworth Brown, PH.D., Director of Wisconsin Historical Society. “There are probably other ways to gather it; we could probably put out a call for materials to be brought in. On the other hand we will be talking to people who are here and saying ‘maybe that’s a piece you should leave with us.’ It’s up to them to decide whether to do that or not.”

Brown says archiving signs is only part of the big picture. They’ll eventually gather gubernatorial papers, legislative papers, DVDs of the hearings and sessions taped by WisconsinEye, and maybe oral histories from participants.

Protesters have until the end of this week to pick up the signs.

NOTE: Signs are located at 1 West Wilson in Room B-257 until Friday.