You are here: Home / News / Strict access to Capitol sends lawmakers outside 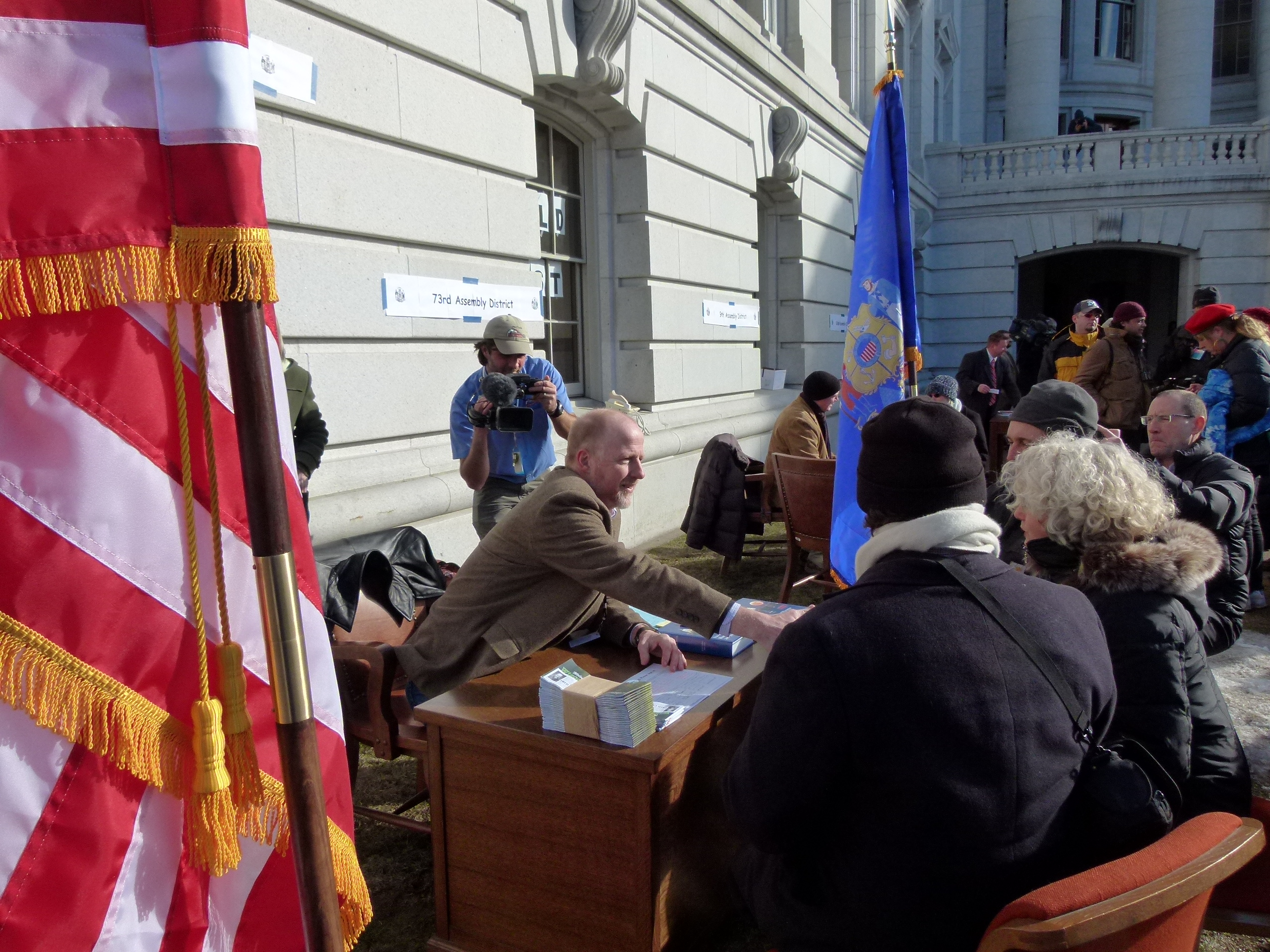 Four Assembly Democrats bring their offices outside to the people who cannot get inside the capitol due to strict security. (PHOTO: Jackie Johnson)

Several Democratic Representatives hold office hours outside to meet with their constituents.

After being outside for only an hour, Assembly Chief Clerk Patrick Fuller tries to round up the handful of lawmakers to return the state-owned office furniture to its rightful place inside.

Representative Peter Barca (D-Kenosha) is not happy about that. “I think it is patently absurd that we have a governor that is defying a court order to open this building so our members cannot meet with their citizens, and apparently we’re worried about the furniture being scratched?” He says the lawmakers are responsible for their own furniture. “Here’s my credit card. If you see any damage I will proudly pay that bill.”

Despite a court order to open the capitol to the public; strict security makes entry very difficult, if not impossible, for citizens, lawmakers and everyone else. Barca explains how 40-year veteran congressman David Obey had to be turned away after unsuccessfully trying for 30 minutes to get inside. The Assembly Dems go to and fro by crawling through their windows.

Representative Fred Clark (D-Baraboo) is one of the lawmakers holding meetings in the frigid outdoors. “For me to step out the window and talk to people who have driven 100 miles or more to be here, that’s a very simple thing that we can do.”

Clark says they’ll remain at their new accommodations as long as people want to talk with them; taking it one day at a time. Barca says they first thought about getting a hotel room before coming up with the outdoor office idea. He says no doubt it’s cold, but if the public can take it, it’s the least he can do.

Despite the near conflict, lawmakers were allowed to remain outside. Fuller says he’ll let Barca know whether he later finds any damage to the furniture. Barca thanks him, saying he would gladly pay it. The two exchange pleasantries and bid each other a good day, then move on.

In addition to Clark and Barca, Nick Milroy (D-South Range) and Cory Mason (D-Racine) did business on the cold tundra.