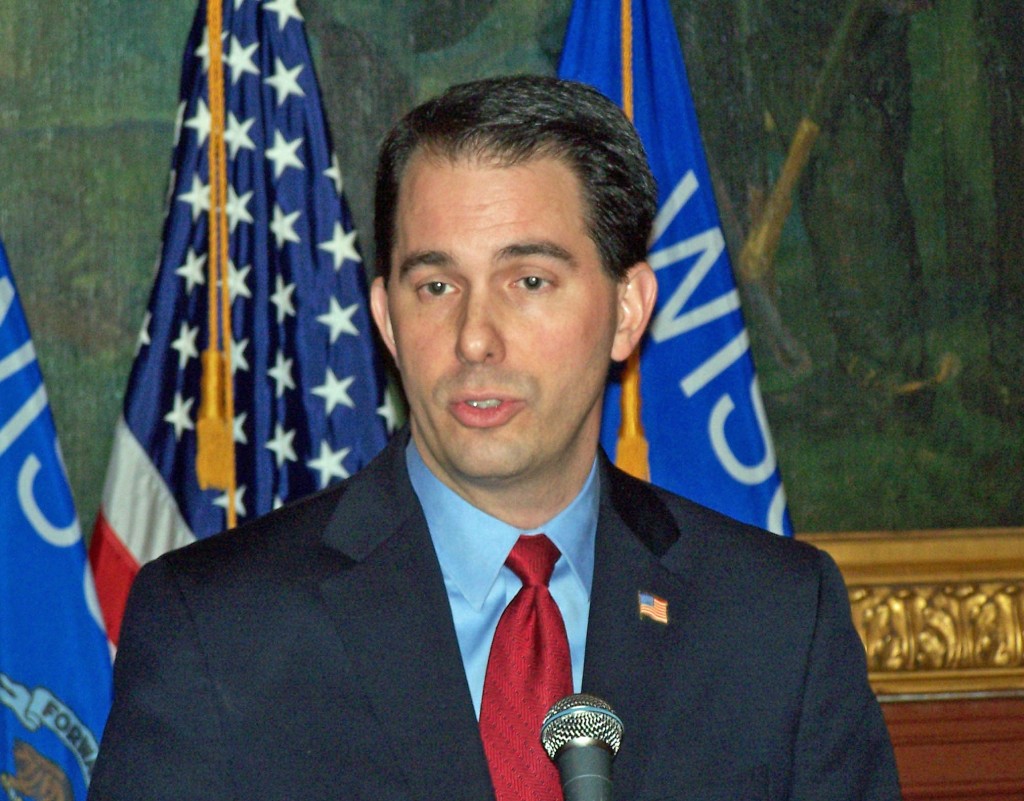 Saying he is frustrated by the ongoing impasse, Governor Scott Walker spelled it out for the state Senate Democrats on Thursday: come back in, or layoff notices go out. “We have a legal as well as a moral obligation to send out notification to the unions foretelling that beginning the first week of April, 1500 state employees will have to be laid off, for the equivalent of $30 million worth of savings,” Walker said Thursday. That savings would be instead of the pension and health care cost savings contained in the governor’s yet to be passed budget repair bill. Walker said he’s been negotiating with “reasonable and responsible” Senate Democrats who want to come home. “I’m not going to call them out,” said Walker. “I think there are a core group who are interested.” On the other hand, Walker said some of the Democrats who apparently would be okay with staying two months, and in some cases as long as two years. “That is unacceptable,” he said.

Thursday marked two weeks since the 14 Senate Democrats left Wisconsin in order to forestall a Senate vote on Walker’s controversial budget repair bill. “We’re frustrated,” said Walker. “We keep having good, productive discussions, think that we’re heading down the path, keep hearing signs that at least some of the more reasonable members of that Senate caucus are ready to come back home. And just when we think the process is moving forward, we see no action. We’re frustrated.”