You are here: Home / Crime / Courts / Arrests made in stabbing death 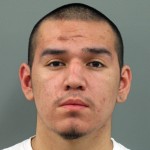 Two men have been arrested and charged in connection a stabbing death on the Lac Courte Oreilles Reservation in Sawyer County. According to the Sawyer County Sheriff’s Department, 18 year-old Caleb M. Miller and 20 year-old Marvin A. Corbine have been charged with Party to the Crime of Homicide and Party to the Crime of Attempted Homicide. The arrests came as investigations continued into an incident early on the morning of Friday, April 22, which resulted in the stabbing death of 23 year-old John “J.D.” McDaniel, and injuries to McDaniel’s brother Derrick and a juvenile. 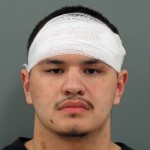 According to a press release (PDF), investigators worked through the weekend, and have identified 7 suspects, in addition to Miller and Corbine, who went to the McDaniel residence in the Bacon Square community on Lac Courte Oreilles at about 4:30 Friday morning. Additional charges are being considered and will be referred to the district attorney’s office. Miller and Corbine are being held in the Sawyer County Jail in Hayward on $50,000 cash bonds. Addressing rumors that this was a gang related incident, the press release says none of the victims have been identified to law enforcement as having gang affiliations.