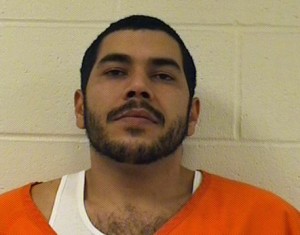 A Wausau area man who is HIV positive is accused of having unprotected sex with a 15-year-old girl. Thirty-five-year-old Jimmy Garcia told the victim he did not have a sexually transmitted disease, even though he was HIV positive. Assistant district attorney Lance Leonhard said the two had sex twice in Garcia’s apartment in January while the girl was babysitting for a friend in another apartment. Prosecutors filed the charges after Garcia’s wife called police when she got a call from a former neighbor about what happened.

Garcia is in jail on a $50,000 cash bond on two counts of sexually assaulting a child under 16. Leonhard convinced him that Garcia has a long record in Pennsylvania. “It appears that the suspect goes by another name,” in that state, said Leonhard. Prosecutors are also investigating another case in which Garcia may have had unprotected sex at least four times with a young girl.