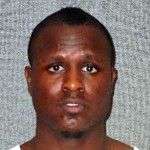 He’s no longer on the state’s public sex offender registry, but 29 year old Charles Patterson still is a lifetime registered sex offender. Town of Middleton residents were up in arms last summer, when Patterson was released to a home there. Elise Schaffer with the Dane County Sheriff’s Department says Patterson has since been released from state supervision, and has relocated to Madison.

“He is a sex offender,” says Shaffer. “And in this case we feel it’s important for the public to know where he’s at. There were some concerns being raised when people no longer saw him at the Town of Middleton residence where he had been staying.” Patterson was convicted of sexually assaulting children in the mid 1990s. In 1998, when he was 17, he was deemed a sexually violent person. He’s now residing on Madisons north side, and Madison police will hold a community meeting at the north district police station on Wednesday night.