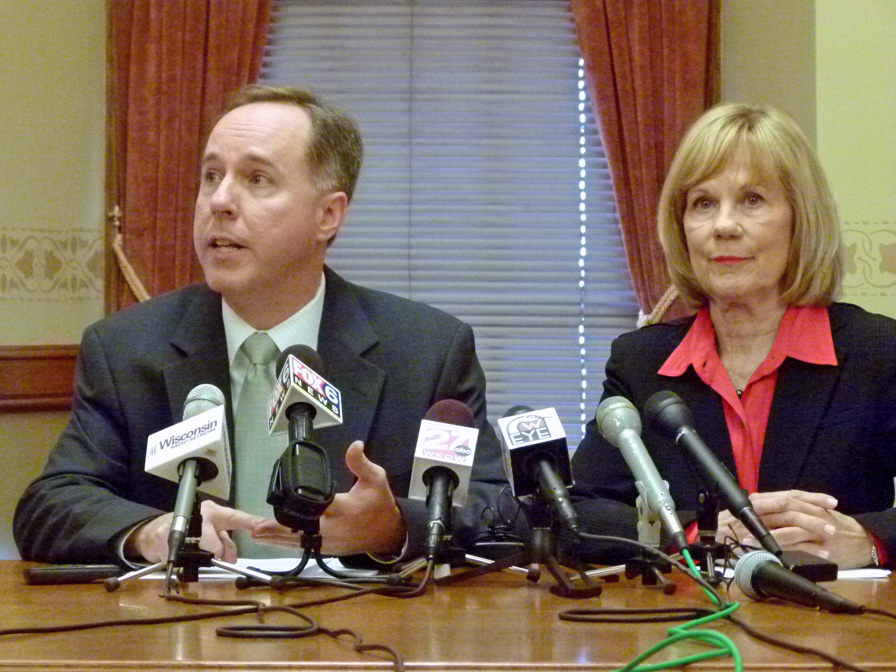 Wisconsin will get more revenue than previously estimated.

The state is expected to get an additional $636 million over the next two years, according to the state’s Legislative Fiscal Bureau’s new estimates of general fund tax revenues. Joint Finance Committee Co-Chairs Senator Alberta Darling (R-River Hills) and Representative Robin Vos (R-Rochester) say they won’t be creating new programs with this money.

“We have to pay off our debts, and pay down our bills. And that has to be our first priority as we look to run state government for the long run, not for the short run,” says Vos. Darling adds, “And if we do that now, we’re going to have more resources in the future.”

Darling says, “Tough decisions still remain.” Both Republicans hope to repay the Patients Compensation Fund and reimburse Minnesota for money Wisconsin owes on the tax reciprocity agreement, among other ideas.

Vos says, “We would like to now be able to use some of that to help work around the edges with issues like SeniorCare …” Darling interjects, “absolutely, SeniorCare, recycling, some issues related to shared revenues with road aids, particularly.”

Just because this money was unexpected, Darling says, “We cannot just frivolously spend” it. She says, “The goal is to solve our $3.6 billion debt … without using the credit card and without raising taxes.”

Their caucuses will meet to discuss the best way use the newfound money.