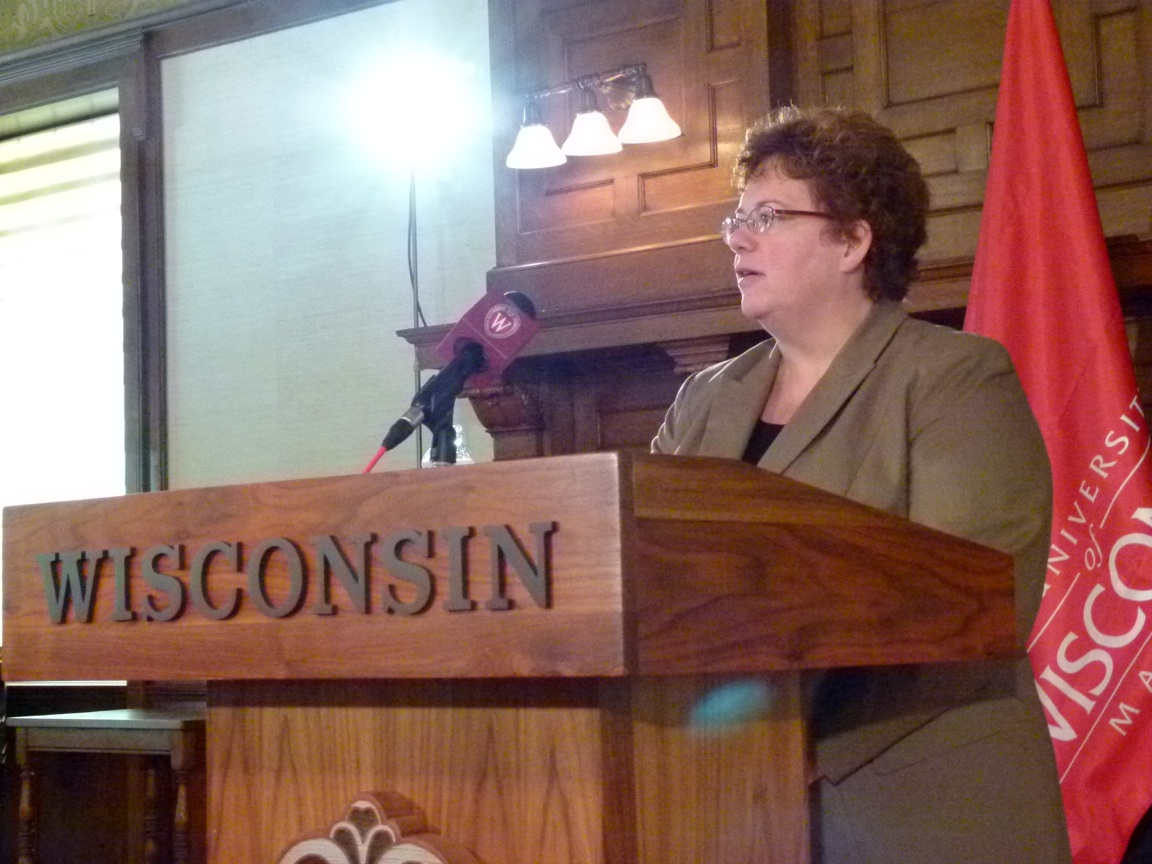 U-W Madison Chancellor Biddy Martin is leaving Wisconsin to become the president of Amherst College in Massachusetts. She wasn’t looking, she says. “I was approached by Amherst this spring and I was a reluctant invitee into the process.”

Martin called her decision to move “one of the most difficult decisions” she’s ever made,” and she has thoroughly enjoyed her time in Madison.

Martin, who was named chancellor three years ago in June, says there was no counter offer, an effort to keep her here. “I neither asked for any efforts to keep me here nor, therefore, received any. This is a decision I had to make on my own.”

Martin is proud of her role in the effort to create a New Badger Partnership, which she considers a good step forward. It was her idea to split Madison from the rest of the U-W System, to manage its own finances and set its own tuition.

Any regrets during her time here? “My biggest regret,” she jokes, “is that I was not better at ‘doing the Bucky.'”

Martin adds one of her deepest regrets is that she’ll be moving away from those who are very dear to her. She says she leaves UW Madison with a heavy heart, and with a lot of excitement for the great opportunity that Amherst represents.

She’ll run a much smaller campus with 1,700 students, as opposed to the 40,000 plus at Madison. Martin will become Amherst College’s 19th president in August.