You are here: Home / Politics / Govt / Calls for Capitol signs to come down 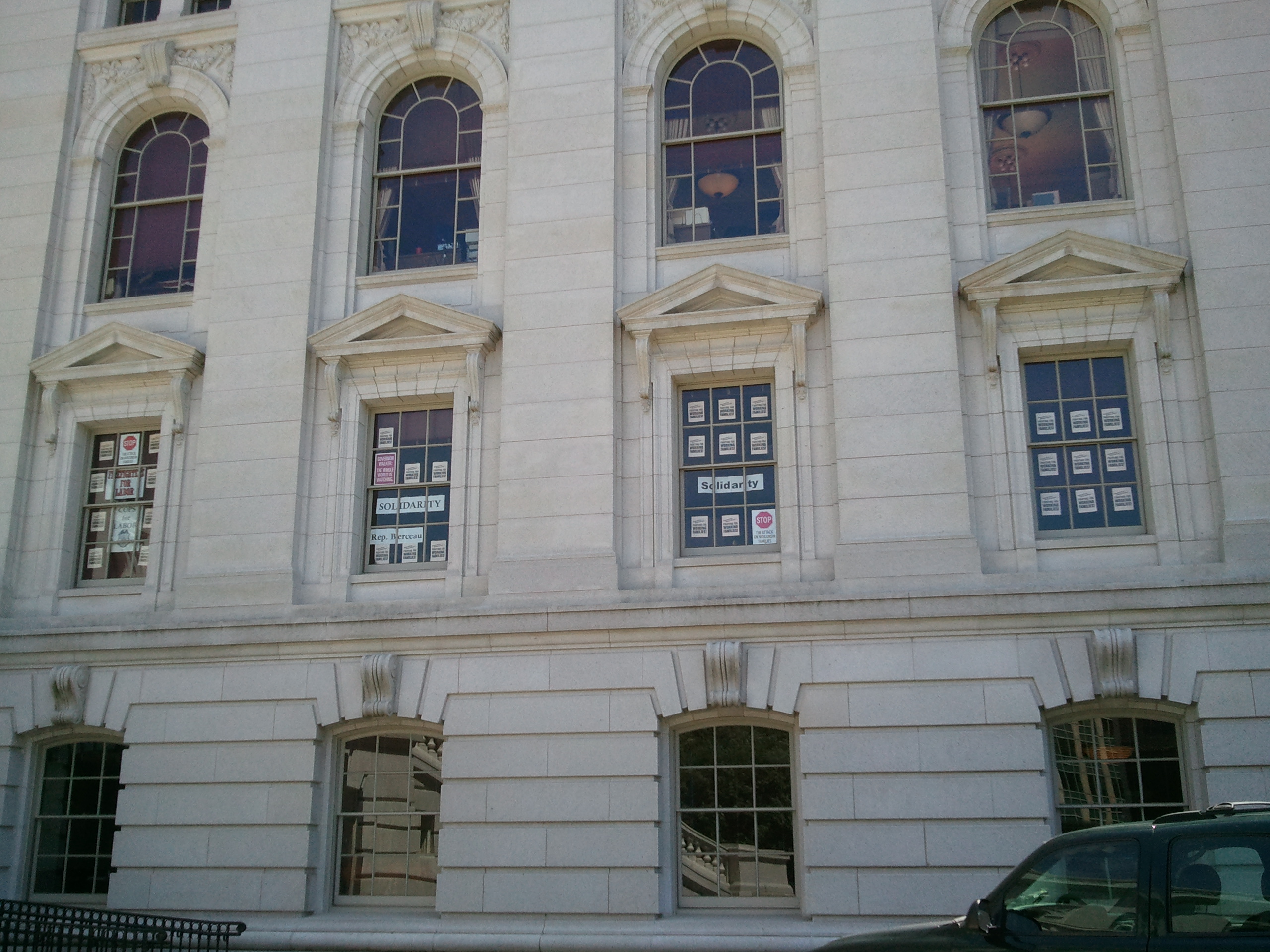 As protesters marched around the Capitol Square earlier this year, many lawmakers posted signs in their office windows to show their support. Now that the massive protests have ended, a state lawmaker wants his colleagues’ windows to stop looking like a “Wisconsin Dells billboard.”

Republican state Representative Dean Kaufert (R-Neenah) sent a letter to the Department of Administration Wednesday asking the agency to enforce a administrative rule that prohibits hanging signs in office windows. Kaufert says the constant presence of signs in several windows “looks a little trashy” and reflects badly on the building when people come to visit.

The Neenah Republican says the signs were fine during the protests earlier this year. Now that those are mostly done though, he feels it’s no longer appropriate for them to be up.

Assembly Democratic Leader Peter Barca (D-Kenosha) says he’s glad Republicans are interested in following minor rules and hopes it means they will start obeying the other rules and traditions of the legislature, such as the state’s open meetings law.

DOA did not return a call seeking comment on whether it plans to force lawmakers to remove the signs.