You are here: Home / News / Committee ends work on the two-year budget 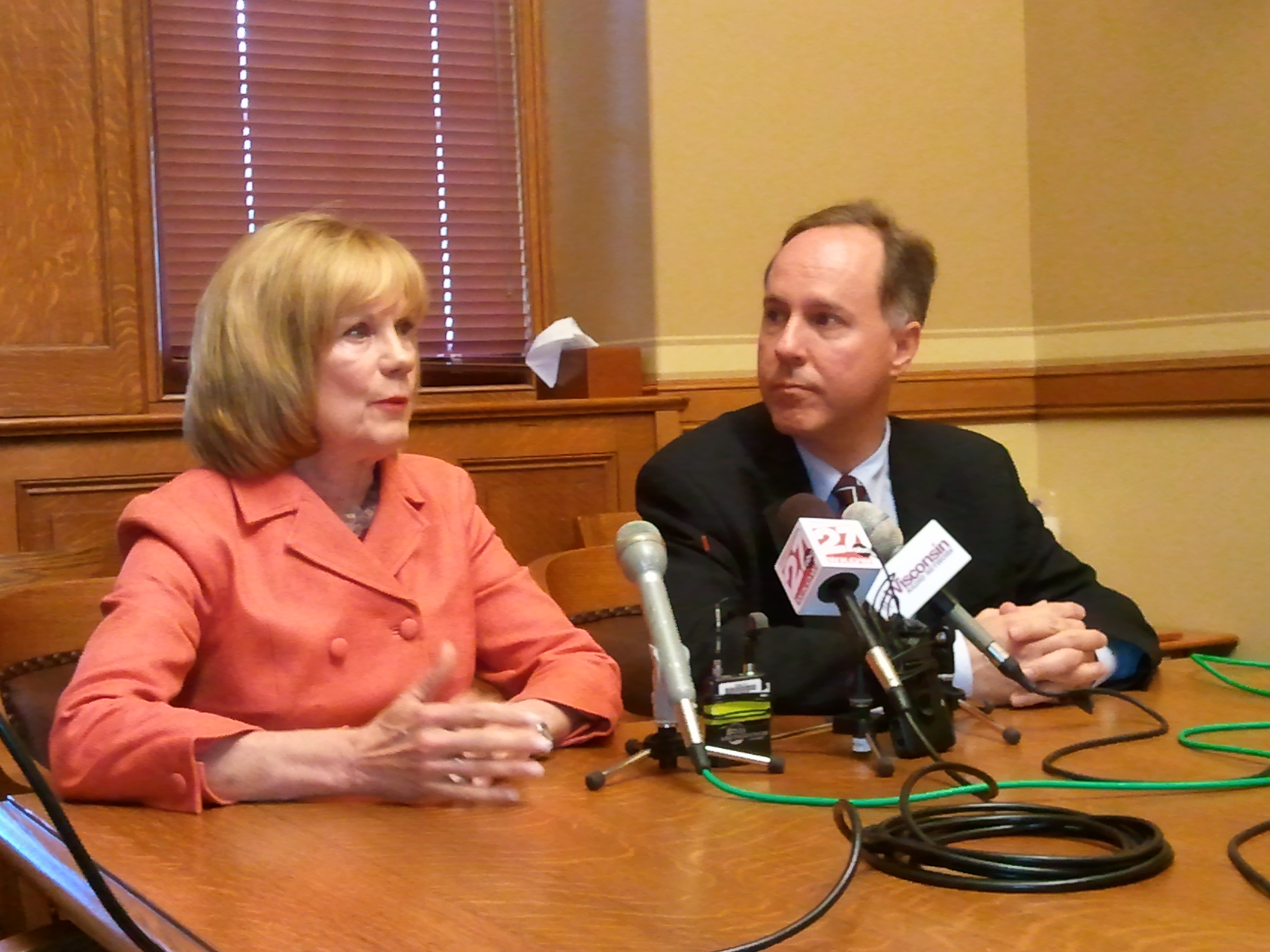 The University of Wisconsin-Madison campus remains part of the entire UW System, under the budget passed through the Joint Finance Committee early this morning. Amid several disruptions by protesters, the Republican-controlled panel continued its work, opting against consideration of Governor Scott Walker’s proposal to split the system and give the flagship campus individual authority.

However, JFC Co-Chair Representative Robin Vos (R-Rochester) explains all 13 campuses would get more flexibility in operations and fiscal matters to help ease the burden of funding cuts to the entire system.

Vos says the governor’s proposal would be studied by a special commission and taken up at a later date as separate legislation, saying they will have a “robust discussion this fall.”

UW-Madison Chancellor Biddy Martin, who strongly advocated for the changes along with the Republican governor, says it’s not what she wanted, but it’s a good first step.

Under this budget, Madison’s campus would not be able to set its own tuition rates; instead, they’ll have to work around a tuition cap. Martin says it will be very difficult to handle the deep cuts and tuition caps, after having had to deal with cuts in four of the past five biennia. But, she says all her work was not wasted.

The system will take a $250 million cut in state aid, as proposed by Governor Walker. 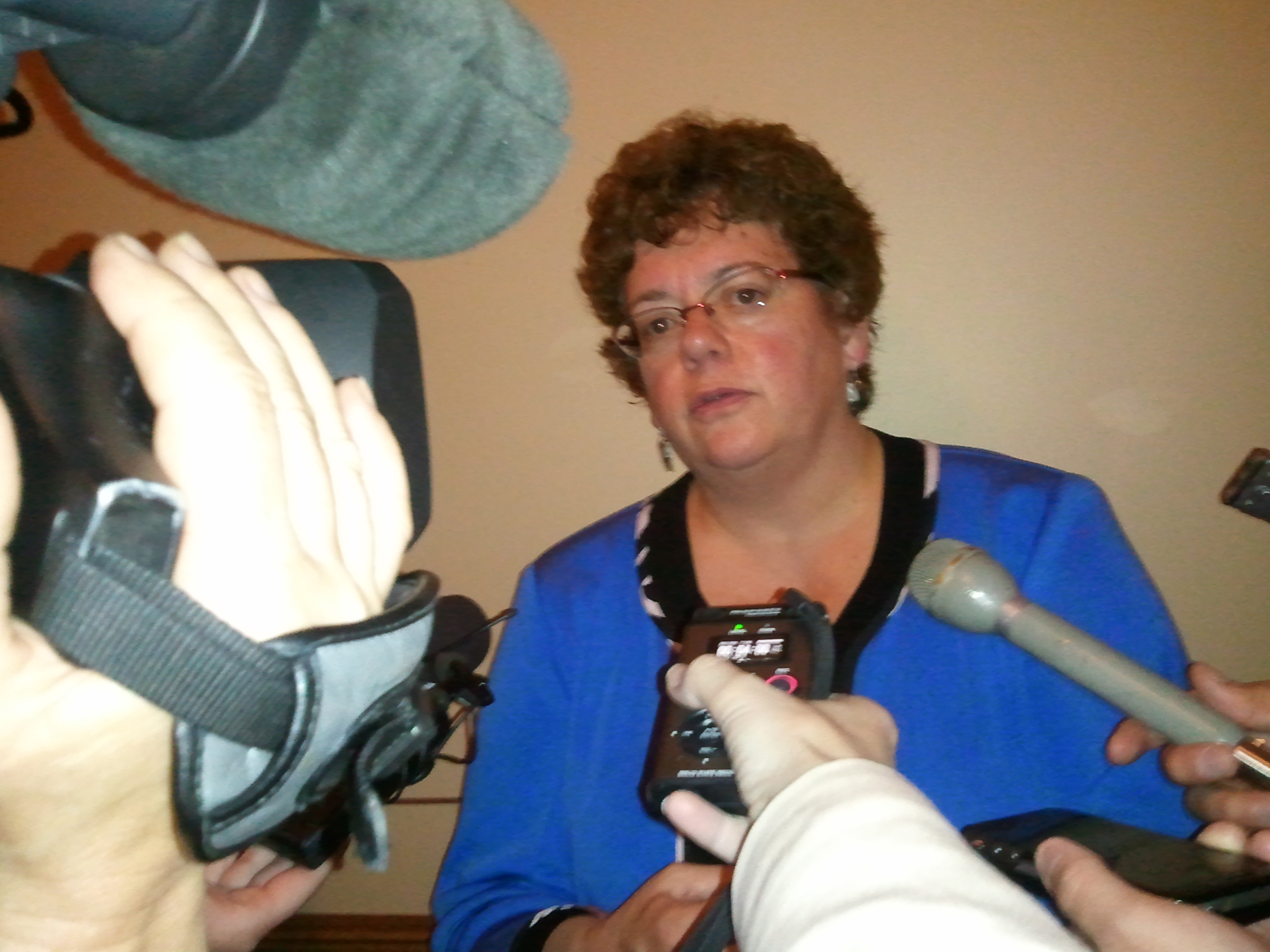 UW Chancellor Biddy Martin reacts to news that UW split will not be considered in this budget. (PHOTO: Jackie Johnson)

The budget-writing panel also approved the governor’s proposal to end in-state tuition for illegal immigrants, opted not to consider changes to phosphorus regulations in this budget, paved the way for voucher schools in Green Bay, and approved a multi-million dollar manufacturing tax credit in hopes of attracting more jobs. Democrats called the tax break shameful, in light of the steep cuts to education and health care.

Representative Tamara Grigsby (D-Milwaukee) describes the budget as “corporate welfare, privatization, and power grabs.” She says the budget was balanced on the backs of the middle class.

Senator Bob Jauch (D-Poplar) says the budget is “too full of the ‘here and now’ without any regard for the consequences of the future.”

JFC Co-Chair Senator Alberta Darling (R-River Hills) says “We did what the voters asked us to do” … balance the budget and kept SeniorCare in place, among other things.

Darling also thanks the Capitol Police and State Patrol for “keeping us safe throughout the process.”

JFC CoChair Representative Robin Vos (R-Rochester) thanked the Legislative Fiscal Bureau for their hard work, to which everyone responded with a standing ovation.

After passing along party lines, 12-4, early Saturday morning about 12:30, the reworked budget for 2011-2013 now goes to the full legislature for approval.