You are here: Home / Politics / Govt / Dueling sing-a-longs in the Capital City 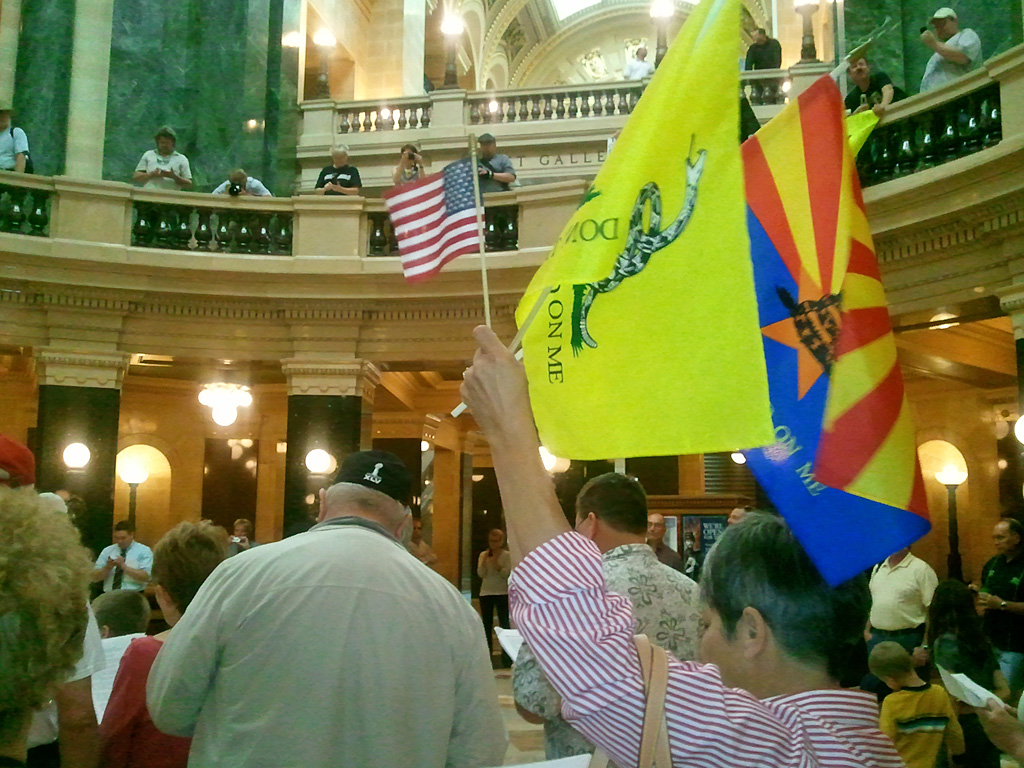 A different sound coming from the Capitol Rotunda Monday at noon, as a group of conservatives displace the regular pro-union lunch time singers. Blogger David Blaska got a permit from the Capitol Police specifically for his one-time, pro-Walker sing-a-long in the Rotunda. “We want to be completely legal because the fact of the matter is this is everyone’s Capitol, not just theirs … we just wanted to make use of it for one half hour.”

Chris Reeder is the organizer and sing leader with Solidarity Singers. His group, which normally sings in the rotunda during the week, ends up outside as a result of the counter singers. “When other groups are using the rotunda we move outside, as well, to make sure they have use of the space. It is consistent with what we’ve done for every other group … it’s their house as well as ours; it is everybody’s house.”

Blaska says there’s some frustration that the same people are singing the same songs every day. He says they wanted to offer something different in the “people’s house,” and says there was no conflict between the two groups. “I do thank the Solidarity Singers for being very gracious and yielding this space to our legally permitted use.”

Some Solidarity Singers observed their new competition, some brandishing signs for their own cause, but there were no incidents.

While the regulars belt out pro-union songs outside the building, the conservatives give an earnest attempt at some patriotic songs and some old TV theme songs, including Gilligan’s Island.