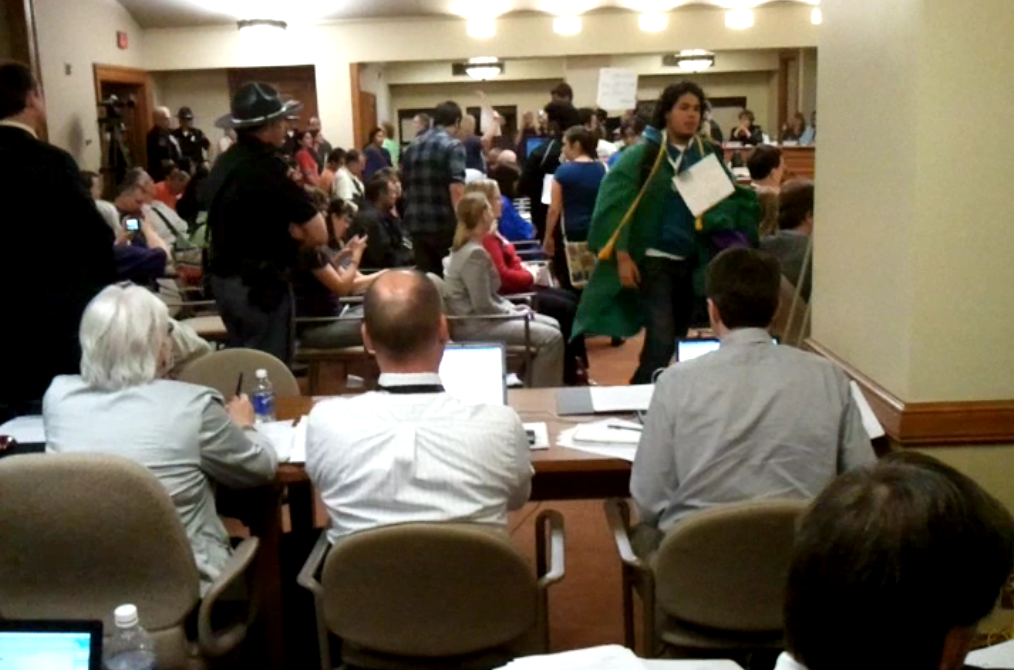 Dozens of protesters had to be physically carried out of a meeting of the Legislature’s Joint Finance Committee Thursday night for continuously disrupting work on the biennial state budget.

The outbursts came after the start of Thursday’s executive session was delayed for nearly six hours by majority Republicans, and continued for nearly an hour into the meeting. Protesters were carried out of the room by Capitol Police as they rose to read from statements. As police hauled out one person, another would often take their place almost immediately.

Democrats pleaded with demonstrators to stop, with state Senator Bob Jauch (D-Poplar) reminding them that they are on their side and the outbursts do not help their cause. Demonstrators ignored the requests, intent on trying to stop the meeting in its tracks.

Capitol Police say about 30 protesters were removed from the hearing room, with two people being arrested. A large crowd also continued to gather outside the room singing protest songs. 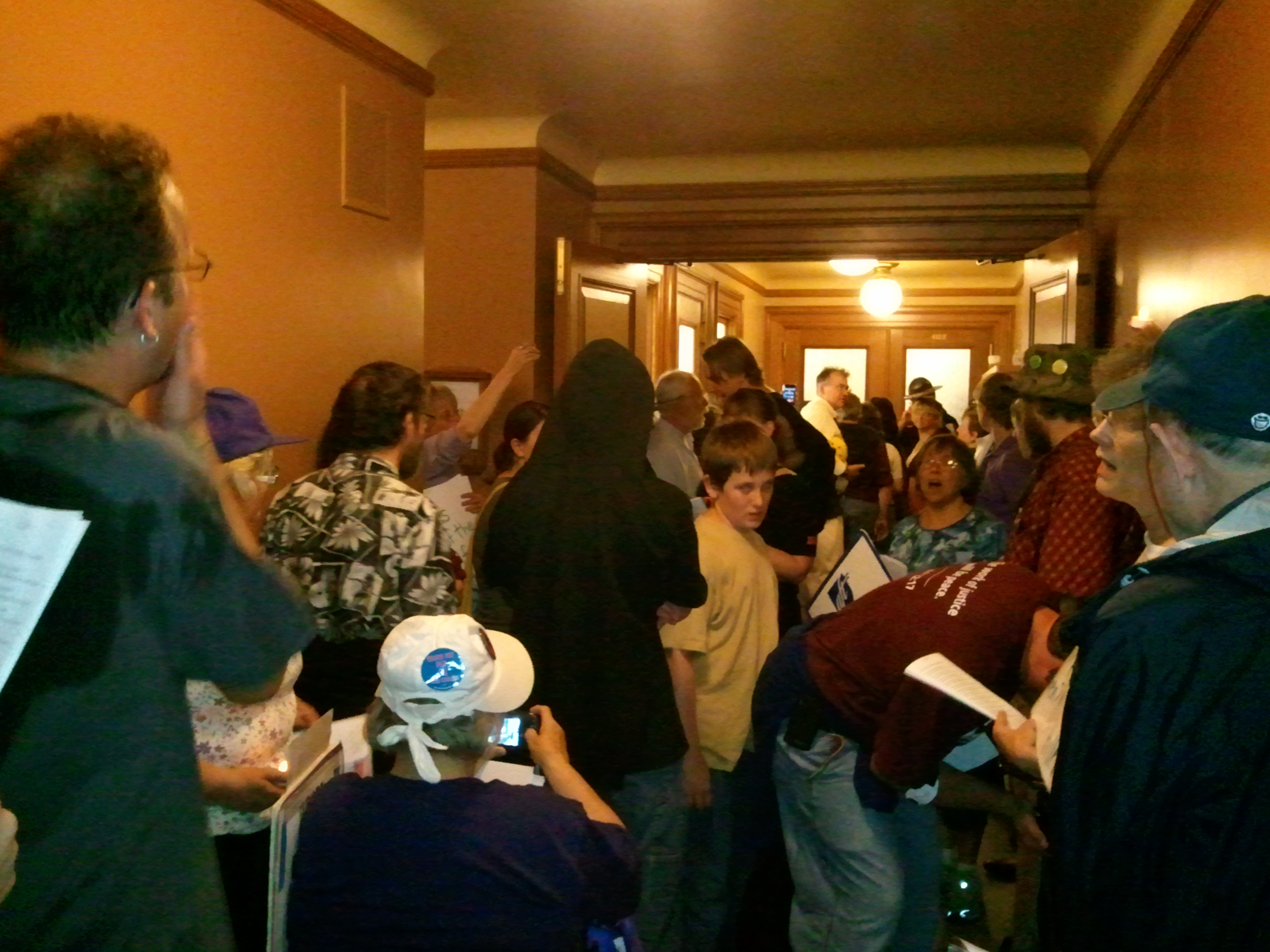 Eventually, the committee was able to get on track with work on the budget. Action Thursday night included restoring funding for community recycling programs and reducing cuts in shared revenue to local governments by about $20 million.

The panel took up several contentious issues, including a proposal to expand the Parental Choice program to all of Milwaukee County and to also allow voucher schools in Racine. The measure approved on a party line vote also lifts the enrollment cap on voucher programs and virtual charter schools.

State Representative Tamara Grigsby (D-Milwaukee) was among Democrats critical of the move, arguing it’s just another effort to undermine public education and privatize the system.

Just before midnight, the debate heated up over a proposal that would require new hires at police and fire departments to pay more for their pension and health benefits. Democrats accused Republicans of trying to bring the Governor’s collective bargaining bill back in the budget, which Republican co-chair Robin Vos (R-Rochester) denied was happening.

Thursday’s chaos was similar to many of the disruptions seen during the debate over the collective bargaining bill earlier this year. It comes as the Finance Committee is expected to wrap up work on the biennial budget either today or Saturday.