You are here: Home / Brewers / Rotunda regulars are re-energized 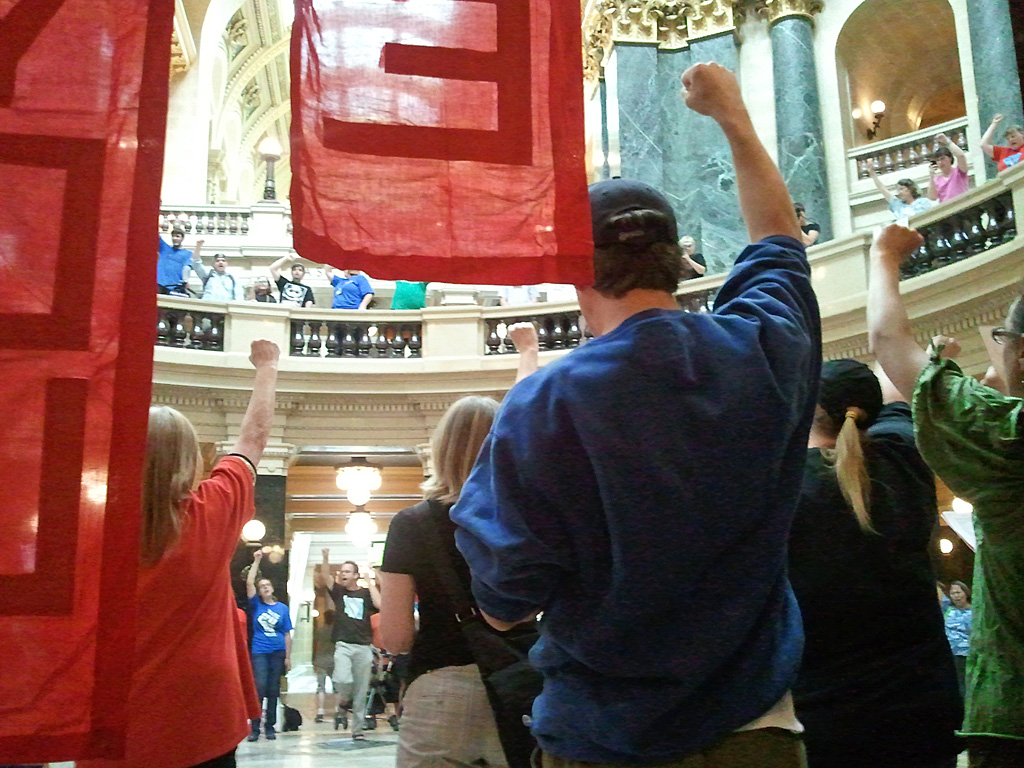 The daily singalong at the Capitol is much bigger than usual today.

State Senator Kathleen Vinehout (D-Alma) uses her lunch break to sing pro-union songs along with about 100 protesters, she says, now that the legislature passed the state budget and her schedule is a little less hectic.

Vinehout says it’s good to see everyone come together, giving each other inspiration. “Everybody needs a little encouragement and a little inspiration and I think people draw that from each other.” Senator Bob Jauch (D-Poplar) was also briefly in the circle.

Despite doing away with metal detectors at the state Capitol, the regulars at in the Rotunda say they have no plans to wrap up their daily noon-time tradition. In fact, the crowd has grown two-fold following Tuesday’s incident, in which a solidarity singer was punched in the face by a counter protester. According to official reports, that singer suffered a chipped tooth.

Protester Jeremy Ryan says the altercation won’t deter them; in fact, he says, it makes them stronger. “They thought that would kind of scare us away, but instead it just made us multiply.”

All eight entrances to the Capitol building are scheduled to be open on Monday for the first time since the end of February, when the battle for collective bargaining exploded.