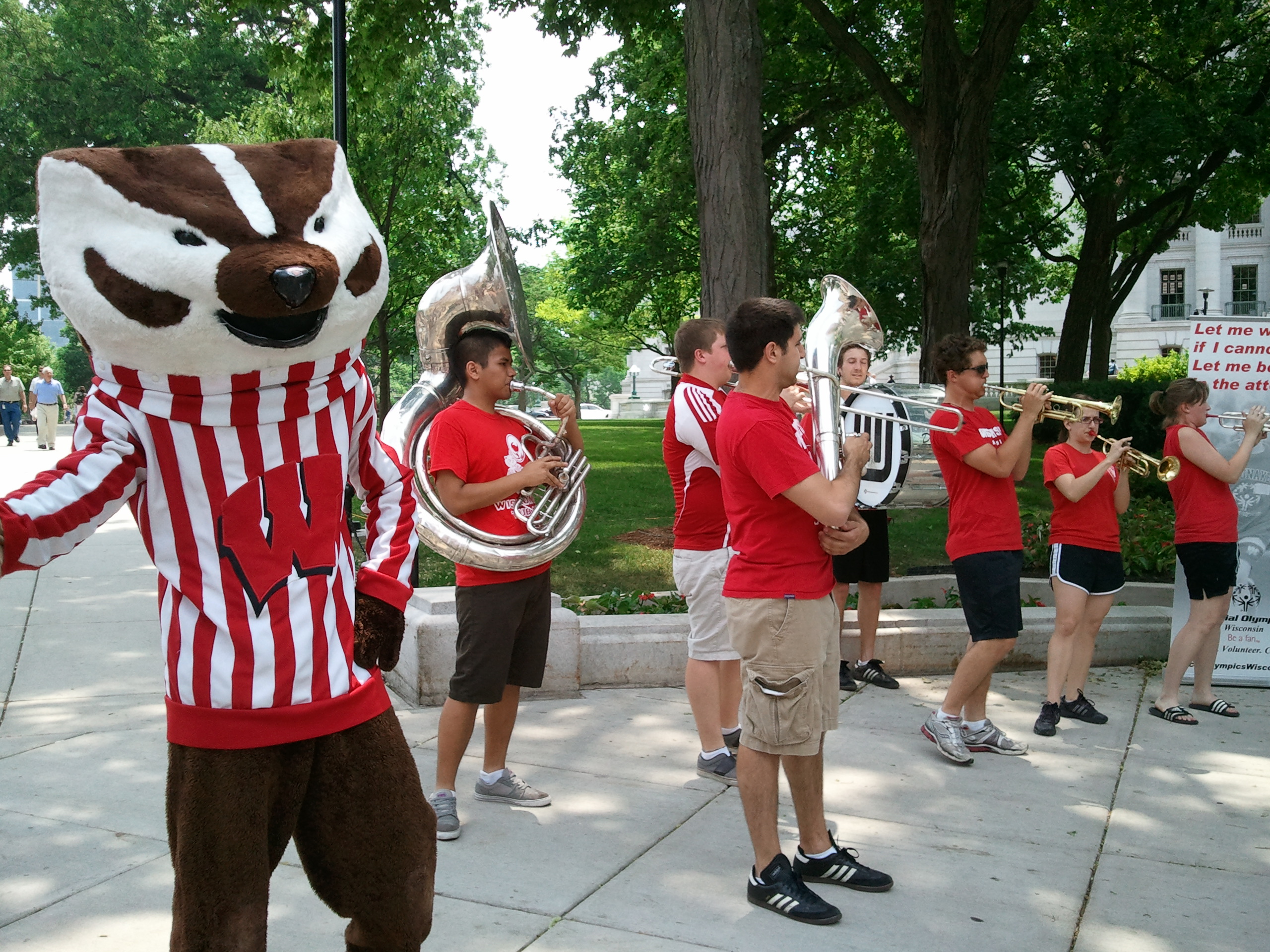 Members of the UW band rile up the crowd, before athletes recite the Special Olympics oath at a ceremony on the Capitol Square. “Let me win; if I cannot win, let me be brave in the attempt.”

Attorney General JB Van Hollen tells the group he’s thrilled to be the honorary chair of the torch run for the fifth year, saying the political bickering is minor compared to what the special Olympians struggle with every day. “I can tell you since I’ve been involved in Special Olympics, one thing I take away more than anything else is that they have been a tremendous inspiration to me.”

Van Hollen says it’s wonderful to be part of something that everyone can support.

Governor Scott Walker’s appearance causes concern that protesters would disrupt the event. However, Capitol Police Chief Charles Tubbs had talked to organizers in advance of the event, and they agreed not be disrespectful. “They did tell me they were going just to turn their backs … and that’s exactly what they did … we were able to have a very nice ceremony for Special Olympics.”

The demonstrators — dressed as zombies — walk between the athletes and the podium, silently turn their backs on the governor during his speech and raise their fists in solidarity. Some shake hands with the Special Olympians while leaving the area.

The governor doesn’t acknowledge the protesters; he simply thanks all the volunteers working with Special Olympics. “There’s nothing on earth closer to seeing an angel than seeing those who volunteer for Special Olympics.”

After Walker’s speech, a couple people could be heard yelling “recall.”

Bucky Badger appeared at the event, along with members of the US Marine Corps, who jogged around the square with the Olympians after lighting the torch.