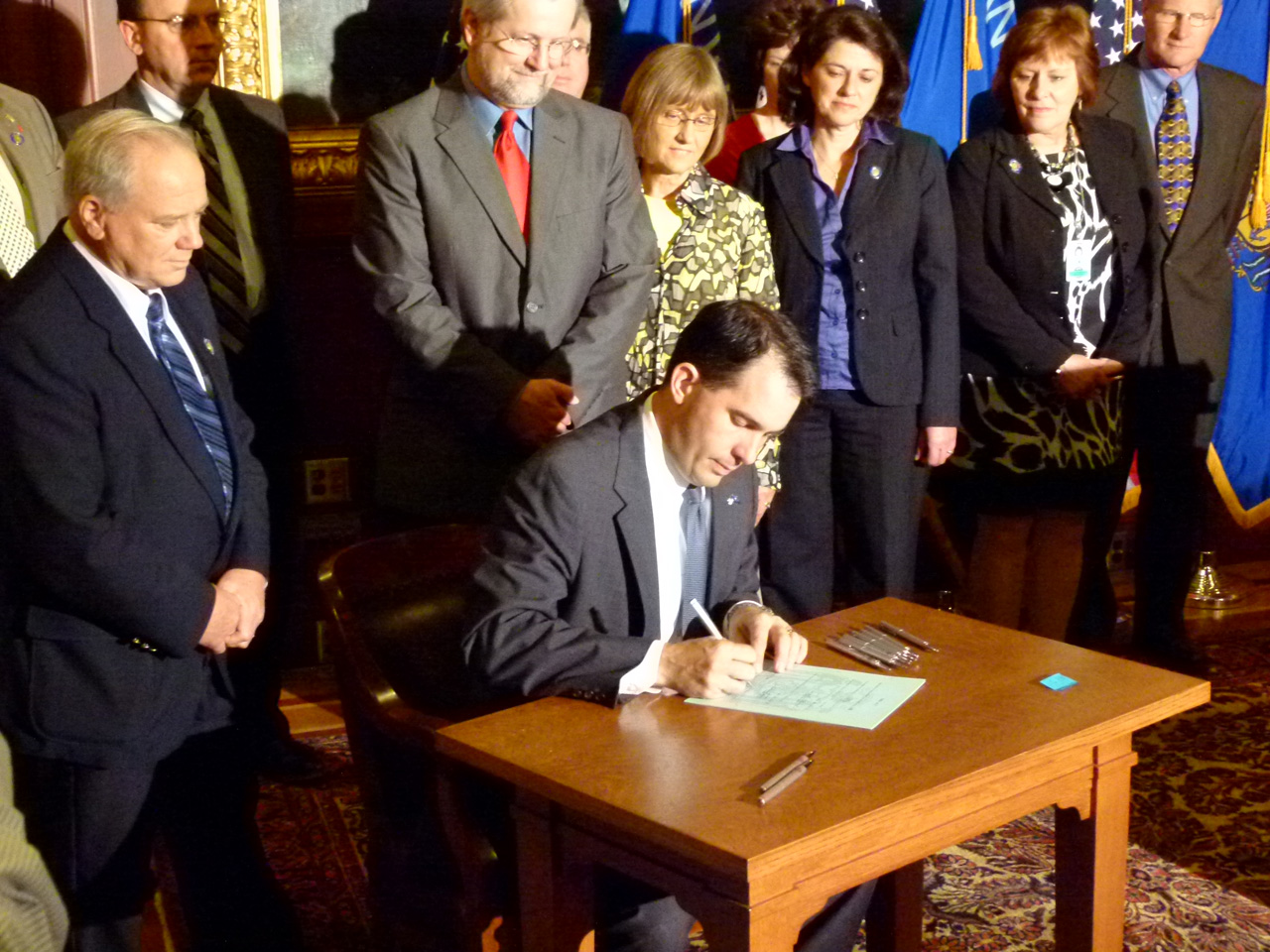 The governor reacts to all the hoopla over the Supreme Court decision.

Wisconsin’s Secretary of State says he will wait until June 28 to officially publish the collective bargaining law. Governor Scott Walker isn’t fazed by that; he says one way or another it’ll be done before the next budget starts July 1st, and he says that’s what’s important.

The law would take effect on the day after publication, June 29. Meanwhile, the State AFL-CIO joins WEAC (the Wisconsin Education Association Council) and other union groups in filing a federal lawsuit challenging the constitutionality of the law.

Whether the measure passes constitutional muster, Walker says he’ll leave that up to the lawyers to debate, but says the Supreme Court was clear in its ruling.

Among other things, AB 148 pays $235 million owed to the Patients Compensation Fund. The measure also offsets the $30 million that would have been realized with the enactment of the collective bargaining law.