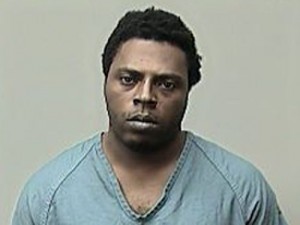 Madison Police have their main suspect in custody, but questions still surround the deaths of two young boys whose bodies were found early Wednesday morning in an apparent double homicide. Police are currently holding 28-year-old David J. Hoem on a probation hold after he turned himself in to police early Wednesday morning.

Hoem is believed to have taken the three and four-year-old brothers from their biological father’s home Tuesday afternoon, around the same time their mother was filing a domestic violence complaint again him with Madison police.

Captain Joe Balles provided a timeline of the incident to reporters Wednesday afternoon, which he described as an “evolving situation” that ended with the discovery of the two boys’ bodies in a car found outside of a Madison pharmaceutical testing company.

AUDIO: Captain Balles on the investigation (3:50)

Police says Hoem picked the boys up around 2pm Tuesday and told their father they were going shopping. The mother then called police around 6pm to report them missing. Over the next several hours, police worked with the State Division of Criminal Investigation and Department of Corrections in an attempt to locate Hoem and the two children.

Then, just before 1am Wednesday morning, Hoem called Dane County 911 and told the operator he was in a car with another woman who had convinced him to “turn himself in” to police. A few minutes later, he walked in to a Madison Police District station and surrendered to officers. Investigators say Hoem did not indicate what had happened to the boys or where they were currently located.

Police continued their search for the children. About two hours after Hoem was in custody, officers found a grey Volvo he was believed to have been driving in the parking lot of a business near the Madison Area Technical College campus. An officer viewed what he thought was the body of a child inside. After forcing the door open, the officer found the bodies of the two children.

Surveillance footage from cameras in the area later showed the car had been in that area since around 7pm Tuesday.

Investigators have not yet determined a cause of death and would not say if the car is where the boys were killed. An autopsy is being conducted by the Dane County Medical Examiner.