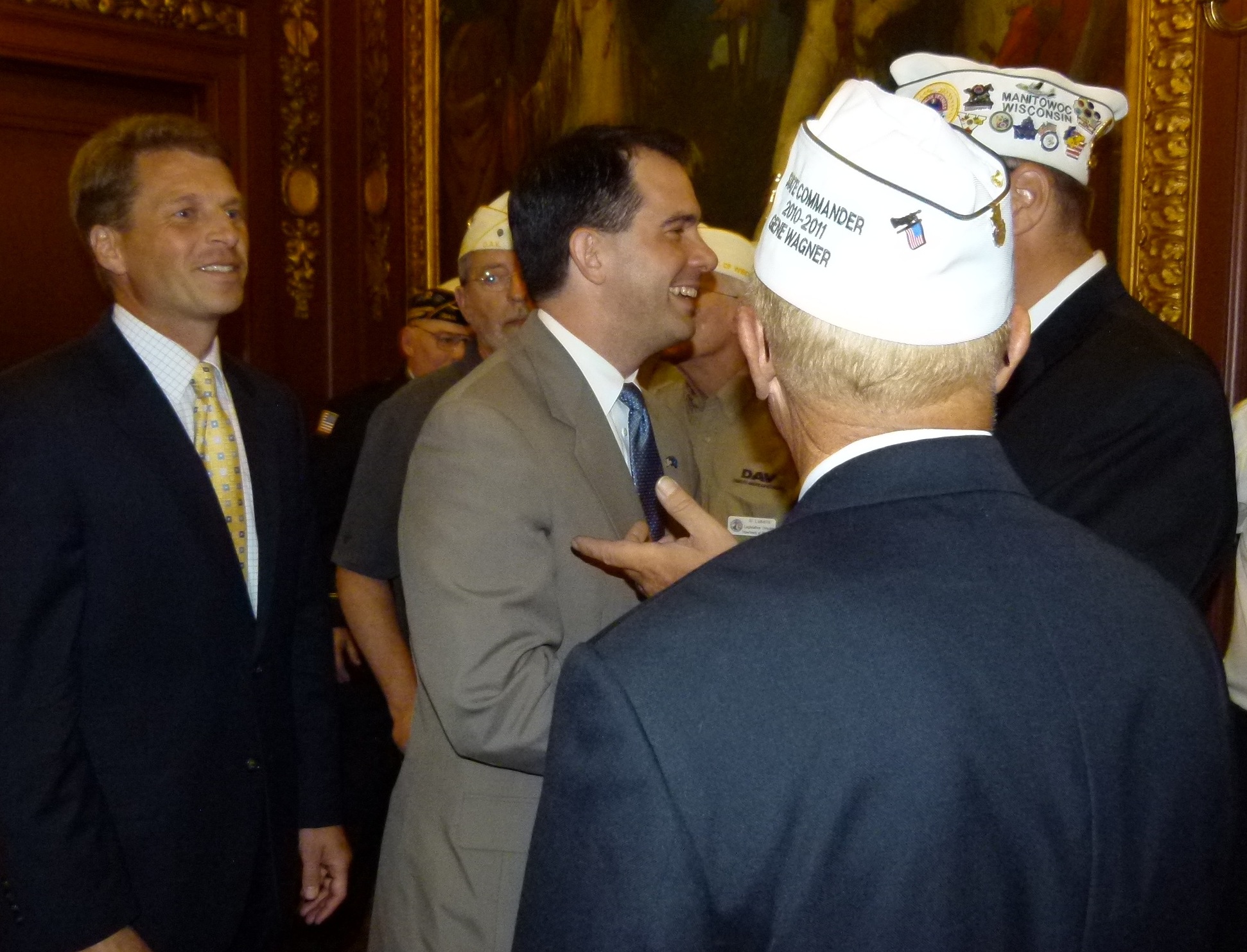 The legislation gives the governor power to appoint the Veterans secretary. Governor Scott Walker says this law allows military veterans to have more input in to the selection of the secretary, because every governor is required to consult with six veterans organizations before picking a leader. “Consulting with the veterans service organizations ensures that we ultimately have a candidate for that office who is someone who is going to be respected, involved with our veterans community.”

Now that it’s official, does Walker have a wish list of candidates to fill the currently empty post? (Donna Williams is serving as Acting Secretary.) The governor is playing his hand close to his vest. “Well, we’ve got a number of people who have inquired…”

Walker wouldn’t say whether former Secretary John Scocos is on the short list, but did say he “had a distinguished record” at the department.

This new law would also increase the number of board members from seven to nine; it would require regional representation and, Walker explains, different backgrounds. “Some members who’ve served in places like Vietnam, or Korea, or WWII … Iraq and Afghanistan.”

Veterans groups across the state are divided on the bill (AB-96). Critics say the agency would become more political under the governor’s control.