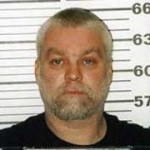 Steven Avery’s murder conviction has been upheld. Avery was convicted in 2007, of party to first-degree intentional homicide, in the 2005 death of 25 year-old Teresa Halbach. The Wisconsin Court of Appeals affirmed Avery’s conviction, as well as a circuit court order denying his request for a new trial. The appeals court rejected Avery’s Fourth Amendment challenge to a search of his trailer; upheld the circuit court’s decision to exclude evidence that others near the crime scene at the time of the murder may have committed it; upheld the circuit court’s decision to remove a juror and substitute an alternate juror after deliberations began; and concluded that Avery’s attorneys gave him effective representation in dealing with the juror substitution.