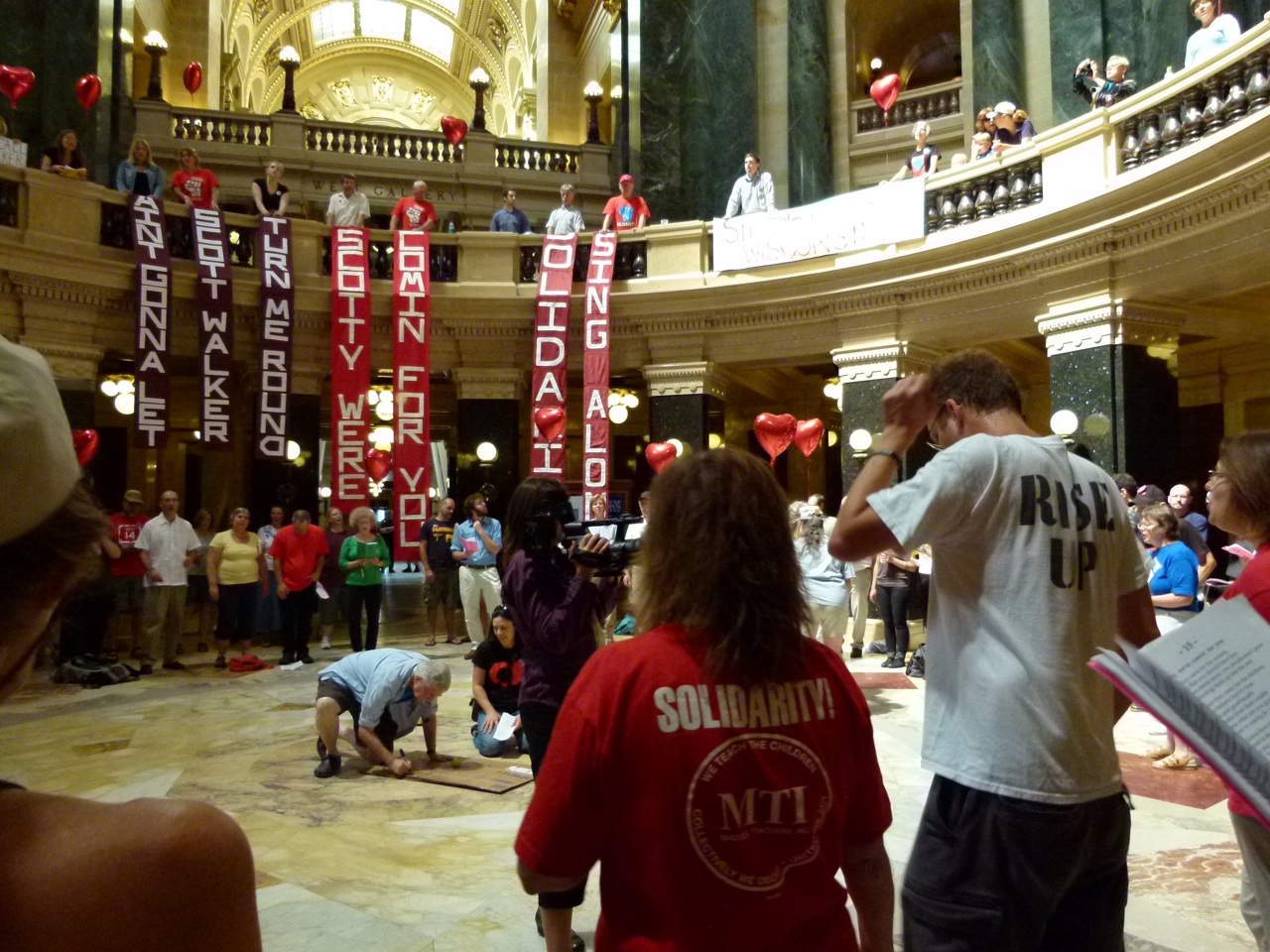 The Republican recall elections are over, but the Solidarity Singers aren’t going away.

The pro-union singers remain strong, despite Democrats not gaining control of the state senate. The Republicans retain control by one seat. The group’s organizer and sing leader Chris Reeder says he feels a “mixture of frustration, anger and excitement.”

The protesters are focused on “strongly” defending the two Democrats facing recalls, and then on to their plan to oust Governor Walker. “Our eyes are on the prize. As we sang today our eyes were on the prize. That is, we defend Tuesday and after Tuesday everything at that point is on recalling Walker.” Reeder says the daily sing-alongs won’t be ending anytime soon. “No; we’re here until Walker’s gone.”

After a potential Walker recall election, some folks are already talking about more recalls after the new year when other lawmakers become eligible. For his part, Reeder says he wants more consensus in the legislature in supporting the middle class in Wisconsin. “Get a little more sanity in our government … sensible decisions being made for the people of Wisconsin.”

The anti-Walker singers began gathering at the state Capitol during the noon hour to protest the governor’s collective bargaining law. Monday begins their 23rd week of singing at the statehouse.