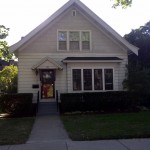 State and federal prosecutors and the office of Governor Scott Walker were not commenting following an FBI search at the home of a former Walker aide. Agents seized a large box during a three hour search Wednesday morning at the home of Cindy Archer, at 502 Dunning Street on Madison’s east side. Archer served as a top aide to Walker when he was the Milwaukee County executive. A John Doe investigation is continuing into alleged campaign activity during Walker’s campaign for governor last year, using tax-funded county resources. Archer has denied any involvement in that. The FBI refused comment as well. Walker brought Archer into his new administration in January, as the number two official in the state Department of Administration. She resigned that position last month – a day after she took a lower-paying job as a legislative liaison for the state Department of Children and Families.