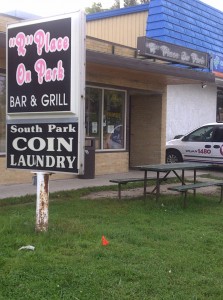 Madison is taking action against a troubled bar with a largely African-American clientele. The city is in the process of shutting down ‘R Place on Park’ following several incidents which culminated in a shooting last week that wounded three people. Bar owner Rick Flowers claims lack of police presence is to blame. ‘They say ‘we can’t baby sit you,’ and they put all the resources down to protect other people, and let hell break loose in some other area,” said Flowers. A Dane County judge has ordered that ‘R Place on Park’ remain closed while the city continues action against the bar, and that three shootings in a year constitute a “danger to the community.” Flowers disagreed. “He doesn’t see the relevance of lack of police protection,” said Flowers. “I contend that if the police are going to let an area go bad, they do it by just not being there.”

The city’s alcohol license review committee has voted to pull the bar’s license, and committee member Pamela Bean disputes allegations of racism. “In my four years in the LRC, I have never seen so many incidents of violence,” he said. “I’m not looking at the color of the skin. We are here to make sure that establishments are run the proper way.” The committee has pulled the bar’s liquor license, with final city council action scheduled next week.