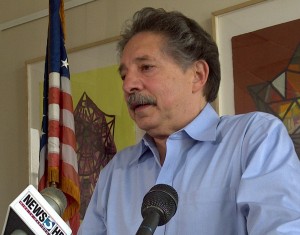 Madison’s mayor believes inequities in the state’s shared revenue system need to be addressed. Mayor Paul Soglin said Wednesday that Madison is not getting its fair share in comparison with Milwaukee, even given that city’s much larger population. Milwaukee received more than $228 million in shared revenues from the state in 2010, while Madison received just over $7.5 million, according to figures provided by Soglin’s office.

“We’re not suggesting that the formula be the same for the two cities,” Soglin said during a press conference at his office. “But what’s very clear is that it is inequitable, and something needs to be done. It was made more inequitable this last year with the additional cuts that we saw.”

Soglin said he wants to address the issue with the administration of Governor Scott Walker. “I’ve had two meetings with Governor Walker. They’ve been cordial, we’ll see. Obviously this is not going to move forward without attention from the governor’s office. Soglin said he’s also told Milwaukee Mayor Tom Barrett of his intentions. “I called Mayor Barrett a couple of weeks ago, just letting him know we were going to raise this issue,” he said. “This was not meant as a criticism of Milwaukee.”