You are here: Home / Education / Walker welcomes delegation from Germany 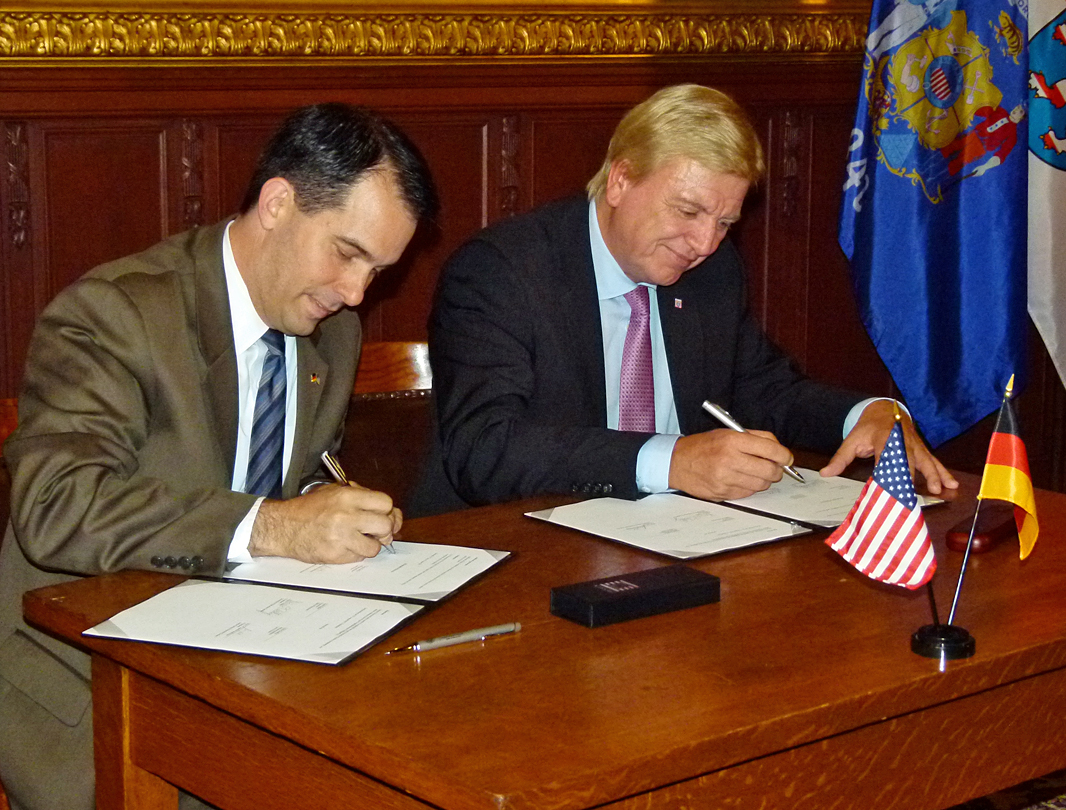 The two leaders sign a memorandum of understanding, specifically, a reaffirmation of the higher education relationship between Universities in Wisconsin and Hessen, continuing the agreement signed in 1998. Bouffier is proud of the long-lasting relationship. “We are very proud that in this year we are with you here in Madison and in Wisconsin and I’m very glad to sign with you this Memorandum of Understanding.”

The student exchange is an opportunity for students from Wisconsin to go to Hessen, and vice versa. Bouffier says it’s more than that. “And young people will learn from another, not only in the academic world, but also about the heritage, about their surroundings, about what’s going on in the other country.”

Located in central Germany, the state of Hessen is home to approximately 6.1 million people. Walker says over 700 Wisconsin companies export to Germany and, likewise, several business leaders from Germany come to Wisconsin. Bouffier says they’ll be back. “I’m sure it’s not the last time that we will be here.”