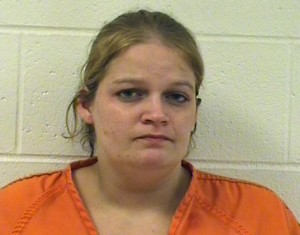 A Wausau woman gets physical with a cop. Angela Fredrick is accused of kicking Officer Matt Krembs in the knee as he arrested her on Wednesday. Krembs says the 25 year-old woman spit in his face when he reached into the back of his squad to control her as she banged her head against a divider. Fredrick told Krembs she has hepatitis C.

Police were investigating a report that Fredrick had gotten into a fight with her boyfriend and arrested her on a probation hold because they suspected she had been drinking. A preliminary hearing on battery to police and expelling bodily fluid charges will be held October 10th.